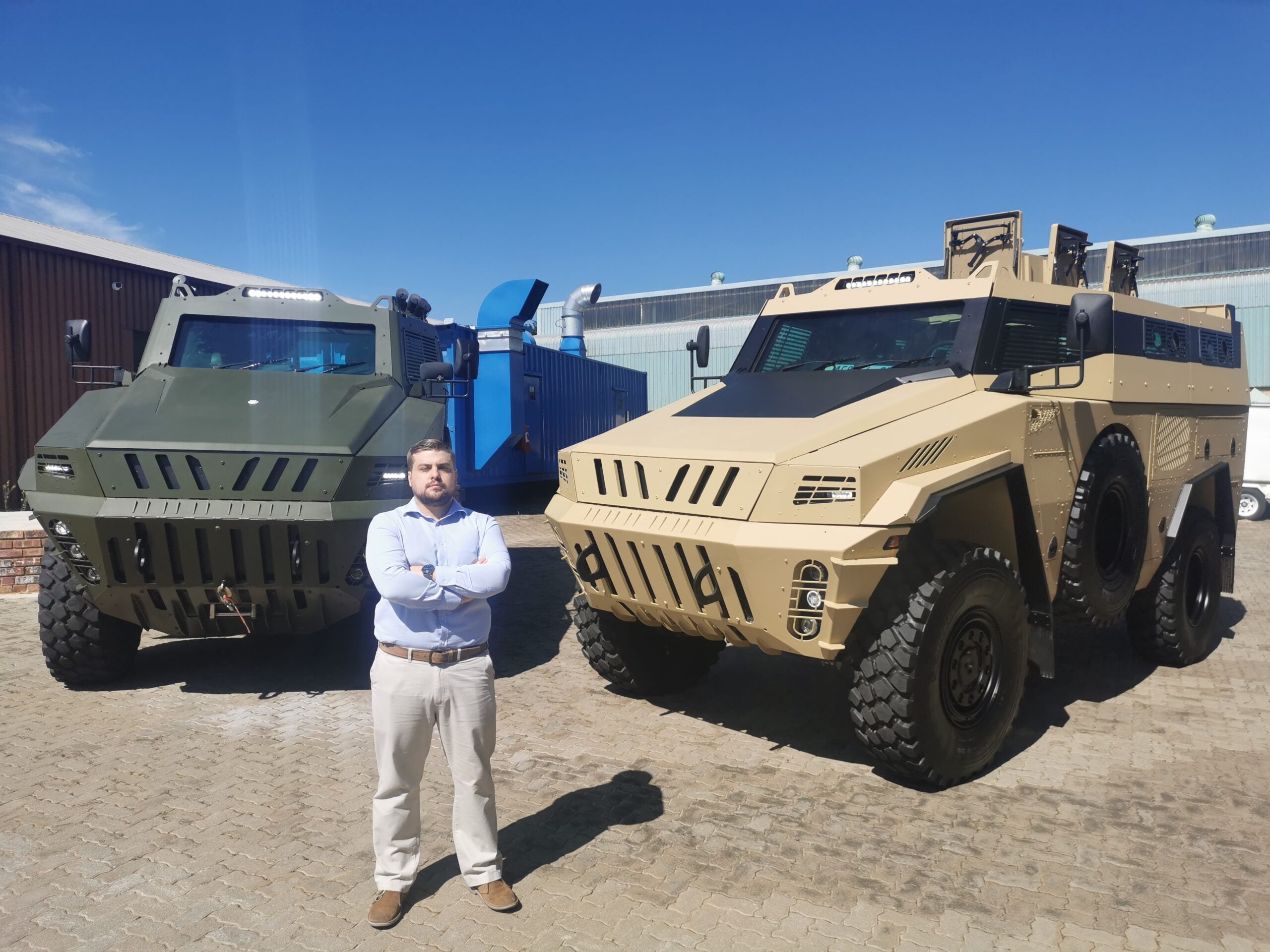 Since launching its Milkor 4×4 armoured personnel carrier (APC) in 2018, the company has been evolving the vehicle and now offers desert and anti-riot versions – the latter was deployed during the July 2021 unrest in South Africa.

Continuous development has been underway since the vehicle was first unveiled at the September 2018 edition of the Africa Aerospace and Defence (AAD) exhibition in Pretoria,

“The vehicle was designed to be adaptable for use in multiple applications ranging from an infantry APC, Field Ambulance, Riot Control, Correctional Service vehicle and Cash-in-transit vehicle operations,” stated Devan Kriel, project manager for Land Systems at Milkor.

“Due to the nature of the design, we can easily modify it to meet an end-user’s requirements which allows the vehicle to be used across numerous branches of a country’s military and law enforcement,” Kriel said.

While the original vehicle was specifically designed for the African bush, with high ground clearance and exemplary off-road performance, the operational capability of the vehicle has been expanded to include a Desert variant with a central tyre inflation system, as well as an Anti-Riot variant featuring a scraper and less lethal grenade launchers.

“Whilst the initial target market was African militaries, interest and opportunities for the vehicle have come from outside the continent,” Kriel explained. “Therefore, multiple regions have been added including the Middle East, South America, Asia, and Eastern Europe.”

Apart from the development of their own fleet of armoured vehicles, Milkor has also expanded into the market of maintenance, repair and overhaul of military vehicles. Servicing existing fleets of essential vehicles in the local and global markets continue to remain a large challenge for many military branches.

“Given growing interest in the platform and its capabilities, expanding into vehicle maintenance and repair seems to be the next logical step. Ensuring that these MRO services are up to Having vehicles that remain in operational condition is a vital asset.”, said Kriel.

As the Diamond Sponsor of the event, Milkor will be displaying these and other products during the eleventh edition of the African Aerospace and Defence Expo in South Africa during September of this year.