Milkor specialises in the supply of air, land, sea and weapons systems. Developing and manufacturing world-leading technologies, Milkor has successfully delivered over 70,000 systems to 67 countries around the world. 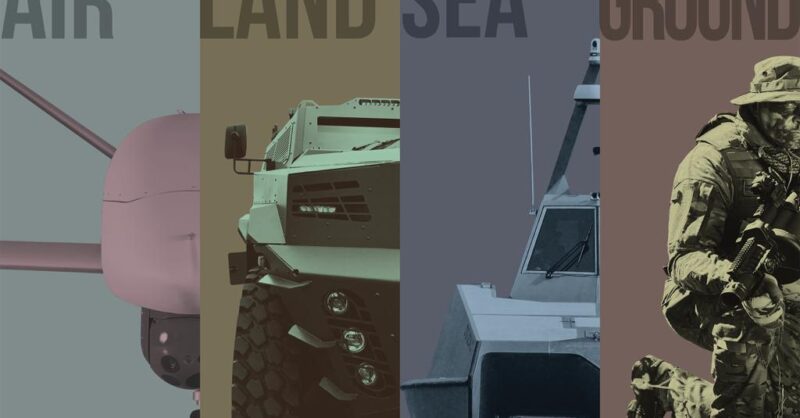 With an ever-growing presence in the world defence market and an established reputation for continued operational support, Milkor and its products is a key ally to any country that implements its products in their defence force.

Advanced solutions to counter threats in counterinsurgency and surveillance

The global defence industry has always been at the forefront of technological advancements to gather information, support ground troops and perform highly strategic operations. With defence capabilities growing at a rapid pace, the threats to national security and peace also increase. Countries should continuously improve on their own capabilities to protect their borders, intelligence and people. Realising that these improvements and threats will continue for the foreseeable future, Milkor has aligned its product range to target the biggest threats in counterinsurgency and surveillance.

Milkor specialises in the development and integration of Unmanned Arial Vehicles (UAV) used for Intelligence, Surveillance and Reconnaissance (ISR) missions. Aircraft design and fabrication, communications and avionics upgrades and system (payloads and sensors) integration are some of the key services that Milkor can provide. Its’ own UAV platform, the MILKOR 380, features an impressive 30-hour endurance, a 2,000+ km range with Beyond Line of Sight (BLOS) communications and multiple sensor and payload integration options.

Armoured Personnel Carriers are an asset to ensure the safe deployment of troops in hostile environments. Protecting troops from hidden threats and heavy fire during hostile operations is critical in ensuring a mission’s success. Milkor specialises in developing armoured 4X4 vehicles that can be used for multiple applications. Featuring a V-hull design to protect occupants against landmines and Ballistic Protection levels up to B7, the occupants’ safety remains the highest priority and forms part of the core design philosophies. These vehicles are easily modified to perform multiple operations ranging from troop deployment to border security patrol vehicles and VIP protection.

Milkor has developed long endurance patrol vessels that are able to patrol shorelines or large lakes for up to five days at a time. The inclusion of sleeping births and living quarters inside the hull of the boat, allows a crew of up to four people to comfortably remain on the waters and perform surveillance operations. Combatting illegal offshore activities such as piracy, illegal fishing and security threats to offshore oil rigs are vital to further establish safe trade routes and economic stability in any country. State of the art electronics and a full weapon integration capability are included in the vessel’s design and ensures that crew members can easily identify, monitor and engage potential threats on the oceans.

As the original designer and manufacturer of the handheld 40mm multiple grenade launcher weapon systems, it is no surprise that Milkor remains the world leader in 40mm grenade launchers. With different weapons developed for infantry, special forces, police, and anti-riot personnel, Milkor has established a large range of 40mm and 38mm/37mm weapon systems that can be incorporated by all branches of defence and security. The latest addition to the family features a fully automatic 40mm grenade launcher (AGL) that can be used as a suppressive fire weapon and can also be integrated onto multiple vehicle platforms.

Established in 1981, Milkor has become the world leader in 40mm multiple grenade launcher weapon systems. Over the years, Milkor has developed into a turnkey defence solutions provider specialising in unmanned air, land, sea and weapons systems. All designs and manufacturing are carried out by Milkor, enabling them to deliver bespoke solutions to any end-user’s requirements.