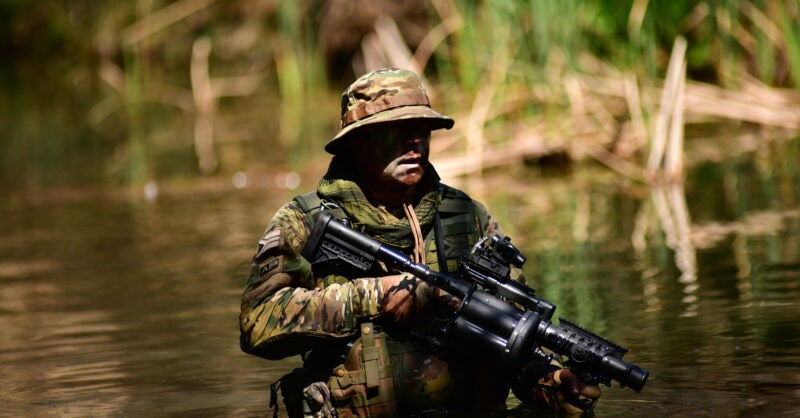 Milkor, the original founder of the 40mm Multiple Grenade Launcher, is set to make an appearance in the upcoming IQDEX 2022, held in Baghdad Iraq. Featuring their expanded range of Land, Sea and Air capabilities; the company presents a prime candidate to provide the solutions needed within the ever- expanding country. The threats faced by the Iraqi government and it’s allies in the past have been efficiently dealt with over the years, but as technology advances – so do the threats to national security. Accurate surveillance as well as proactive and modern counterinsurgency forces form the backbone of any nation effectively dealing with such threats.

Milkors latest launchers include its SuperSix Multiple Grenade Launcher, capable of double the effective range of the older variants; reaching as far as 800m with its medium velocity ammunition. Effective infantry fighting tactics in both urban and open environments are crucial to handling insurgency without excessive collateral damage, and with an extensive selection of lethal and nonlethal ammunition to choose from – these new generation launchers pose the ideal squad support weapons.

“The country is rebuilding; and the security forces continue to ensure a bright future. The price paid for such an achievement cannot be understated. At this point Iraq is home to some of the most skilled fighters in the region, they deserve the best equipment and technology available on the market. ” – commented Mr. Bodenstein, Director of Business Development at Milkor. Along with their weaponry; both mine-resistant vehicles and UAV surveillance technology has recently become available from Milkor. Originally designed to handle the dynamic climate and challenging terrain across the African continent, these platforms fall directly in line with the usecases of the Iraqi security forces. “This land has a rich history, the foundations of civilization were laid here. Now, there is hope for a bright future – and I speak on behalf of Milkor when I say we want to be a part of that”. – Mr. Bodenstein.