Intermat is the single source of stealth technology coatings for military applications, developed after more than 20 years of in-house research and development (R&D). We specialise in the research, development, and production of stealth/anti-thermal coatings and radar absorbing materials. Production is carried under the highest standards, in compliance with the ISO 9001:2008 quality assurance provisions.

Several types of certain missiles, including cruise types, are equipped with infrared homing seekers and devices. Passive homing missiles rely on strong contrast changes to track. Anti-thermal coatings can render them unable to ‘lock on’. Intermat has developed a unique and unmatched technology of anti-thermal coatings for wide use, to protect your strategic infrastructure from missile threats, effectively, affordably, reliably and, above all, always armed against missile threat.

Apply and forget, coat and protect

Our Chameleon Series of low observation paints (LOP) with anti-thermal/IR coatings protect the target from the modern thermographic IR sensors, confusing theirimage processing capabilities merging the higher reflectance of the target with the lower one of the background. They can be applied on any surface including metallic, alkaline/cement and plastic. It is a permanent countermeasure, suitable for command centres, headquarters, bunkers, oil tanks, airstrips and of course on force multipliers, armoured or tracked vehicles, multiple launchers, howitzers and weapon systems.

Beyond strategic applications, Intermat is able to provide its anti-thermal stealth technology in a variety of products, always adapting and conforming to customers’ standards:

A modern type of anti-thermal and visual camouflage application on the same product. Delivered in the form of self-adhesive (decal) tape, sheet or surface customized both in size and patterns, according to customer’s operational needs.

INTERMAT is the only producer and provider of anti-thermal/stealth self -adhesive material.

Intermat Group is pleased to announce that within its Authorized Centers of Application (ACA) establishing program it has initiated cooperation with CFI in Huntsville, Alabama, US. 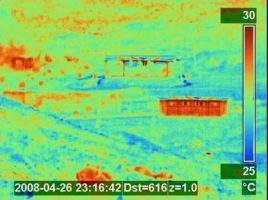 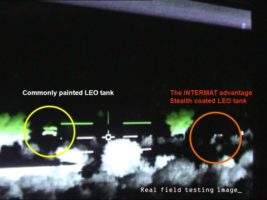 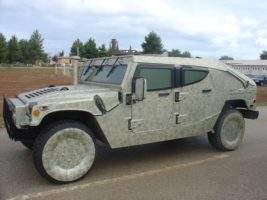 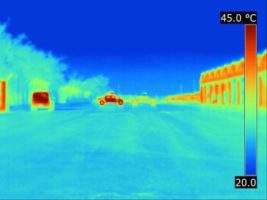 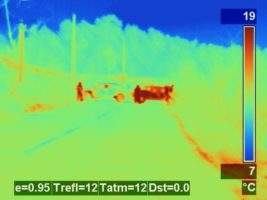 Intermat Group is pleased to announce that within its Authorized Centers of Application (ACA) establishing program it has initiated cooperation with CFI in Huntsville, Alabama, US.

Intermat to Exhibit at IDEX

A Reminder for Your Next Mission: You Cannot Hide in the Desert…

"Deserts take up about one third (33%) of the Earth's land surface". Land warfare planners and of course soldiers in the field cannot ignore that fact. And desert background is dominant in the majority at some of the "hottest" areas around the world and some of them are surely candidates to host the next Theatre of Operations.

Don’t Let Your Soldiers Be Seen. They Might Be Killed!

What do all current and presumably nearby future Theaters of Operation have in common?

In most cases an attacker already knows a friendly force's installations and facilities grid coordinates.