A unique and unmatched technology in anti-thermal/IR coatings, protects your assets and strategic infrastructure from EO/IR threats - effectively, affordably, reliably and above all always “alarmed” against detection and targeting from missile threats (anti-tank, cruise, drones, UCAV, etc). 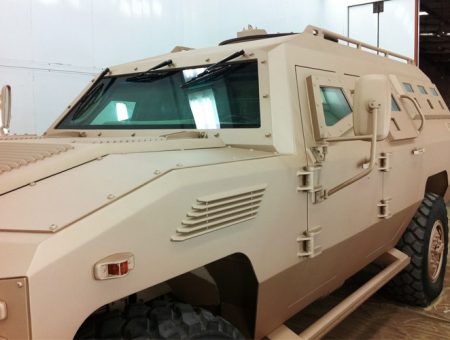 A unique and unmatched technology in anti-thermal/IR coatings, protects your assets and strategic infrastructure from EO/IR threats – effectively, affordably, reliably and above all always “alarmed” against detection and targeting from missile threats (anti-tank, cruise, drones, UCAV, etc).

Intermat’s products are applied on military vehicles of all types, military installations and strategic infrastructure, such as hangars/shelters, air-fields, bunkers, oil and gas installations, missile and radar sites, communications and command & control and more.

In Modern Warfare conflicts, all systems in battlefield are susceptible to thermal/IR sensors and imagers and consequently threats. Even insurgents have access even to handheld thermal imagers nowadays.

Targeting systems are getting highly sophisticated and the ONLY way most end users are trying to defeat them is to build stronger armor against the ammunition.

A high number of casualties are connected to this reality.

Whatever who is the enemy; there is a critical common denominator. That denominator is the target recognition technology. This technology is one and is used by all of the smart weapons systems whether they are produced in the east or in the west.

Our stealth technology is coming to cancel the effectiveness of those smart weapons systems.

Intermat stealth paint is the modern protection solution to high tech surveillance and targeting systems. We provide an “apply and forget” solution just by applying our paint on the platform.

Our Signature product is IR paint reduction. Easy to apply and can be used with existing equipment/spray guns. Available in:

Nothing could describe more accurately modern warfare and stealth becomes more valuable than ever.

Insurgents, in modern Theatres of Operations are increasingly attacking security forces using thermal/IR imagers and sensors combined to heat seeking missiles either stolen from state troops or bought on the black market.

Commanders now worry that this new equipment used by insurgents against security forces puts them in a situation imposing lethal consequences.

With this new battlefield visibility insurgents have quadrupled nighttime attacks according to various military sources.

Advanced equipment, such as thermal/IR imagers, handheld or even attached to a common mobile phone, is being seized by other extremist groups in other global conflict zones.

Stealth technology is regarded overall as a combination of materials & methods that significantly reduces the distances at which a target (asset) is detected and its vulnerability to various threats. 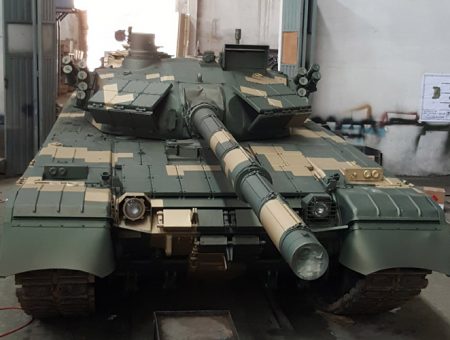 Intermat Defense Coatings have been successful on extensive and exhaustive tests and evaluations in the field around the world in various environmental harsh conditions with temperatures ranging from minus – 25º C  to plus + 55º C and on different backgrounds & terrains (forest, desert, rocky, snowy, jungle, bushy) against the most modern EO/IR Observation & Targeting Weapon Systems (man-portable & platform-based) those operate both in the 3-5 and 8-14μm waveband.

INTERMAT paint is a product that performs in many sectors besides the anti-thermal/IR field.

Product features and characteristics are:

More than that, the range of weapons and sensors is highly increased as painted platforms can approach closer to enemy’s lines and reach deeper in enemy’s territory. Proven in combat, Intermat’s technology once again provides the absolute solution against modern lethal threats in a low-cost/force multiplying package.

Intermat can develop and produce the whole range of military colors and hues as per customer requirements.

Due to the different technology we use and the special formulation of multiple ingredients therein, Intermat  LO Coatings  are  very  close  matches  to RAL and FS  595  color coding systems however are not strictly conformant to them.

For over 20 years working worldwide in the field of stealth technology coatings and materials for military applications.

For over 20 years working worldwide in the field of stealth technology coatings and materials for military applications. We specialise in the research, development, and...