LMV: Lessons from the Field as Drivers for Innovation - Army Technology
Menu 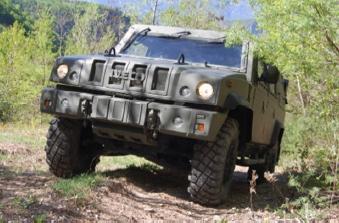 The Light Multi-role Vehicle (LMV) was launched in 2006 and, from that point onwards, it has been the subject of continuous development and innovation.

Iveco Defence Vehicles’ appreciated from the outset that a vehicle such as LMV would have to evolve with changing requirements. The company therefore implemented a programme of product development which focused on delivering incremental improvements, usually from lessons learned in the field, while maintaining the excellence of the basic design.

The company’s success in achieving this has been recently recognised at the International Armoured Vehicle conference (Farnborough, UK 5-7 February) organised by IQPC in Farnborough where IVECO DV won the award for the best platform.

The recent announcement of the Norwegian Army to procure a further batch of vehicles further endorses the effectiveness of the approach adopted. Maintaining a vehicle design weight below 8t GVW presents a continuous challenge to Iveco’s engineers, seeking to meet the demands of the user for ever more capacity, protection and protection. Iveco DV’s challenge is to maintain LMV as the technical leader in this market segment.

The first and most noticeable feature is a newly design of crew cell, still not publicly launched, which is now available to customers. Internal volume and ergonomy are significantly enhanced, whilst protection is improved both through the use of novel materials, such as nanotechnology, and by design innovations which optimise performance against mines and kinetic threats.

The crew cell design has been driven in particular by the need to accommodate a fully equipped soldier, including body armour and personal equipment. Safety is enhanced by the provision of additional escape routes for the crew in case of accident.

Sub-system integration is greatly eased by the adoption of a fully digitised electronic architecture, an improved power supply and by the increase in the usable volume. The result is a much simpler integration task for such mission systems as remote controlled weapon stations, BMS, intercom, and ECM.

Providing maximum agility requires a combination of appropriate weight and size, and outstanding mobility. Beside a newly launched automatic gearbox which gives an smoother transition between gears when off-road, integration of an automatic drive management system represents the best ensures that the vehicle performs optimally at all times. For the driver, this translates into a much simplified driving experience, allowing him greater opportunity to plan his route ahead, boosting both mission performance and safety.

Further mobility enhancements are available in the shape of a dedicated set of suspension kit and tyres to better match different configuration and terrains. An additional benefit of this work was an increase of payload of some 40% to about 1.6t depending on the vehicle configuration.

Last but not least, the maintenance load has been reduced by improving the type and location of some of the subsystems and by tailoring the service regime. The fully digitised electronic system allows the introduction of on demand maintenance based on prognostics instead of scheduled preventive maintenance.

The ability of the LMV design to accommodate a variety of mission specific configurations has enabled a vehicle family approach to be implemented, allowing LMV to fulfil a wide variety of roles. At present, the vehicle is available in a number of different variants, with a range of different protection levels or none at all. These include the Medevac, NBC unit, Pick-up, RSTA and SOF.

This illustrates how Iveco’s modular design has been a winning choice, enabling a full family of vehicles to be rolled out, sharing much commonality and consequently reducing the logistic footprint. Nonetheless, each variant has been designed to meet the specific requirements of its given role.

Looking to the future, Iveco Defence Vehicles sees the multi-role family concept as having applications across a wide range of operational scenarios. Unlike some of the more unwieldy vehicles currently deployed, where mobility has been sacrificed to protection, the LMV retains high levels of both protection and mobility, giving it the flexibility which will ensure its utility for many years to come.

On-going negotiations countries could lead to further sales outside Europe in the near future.