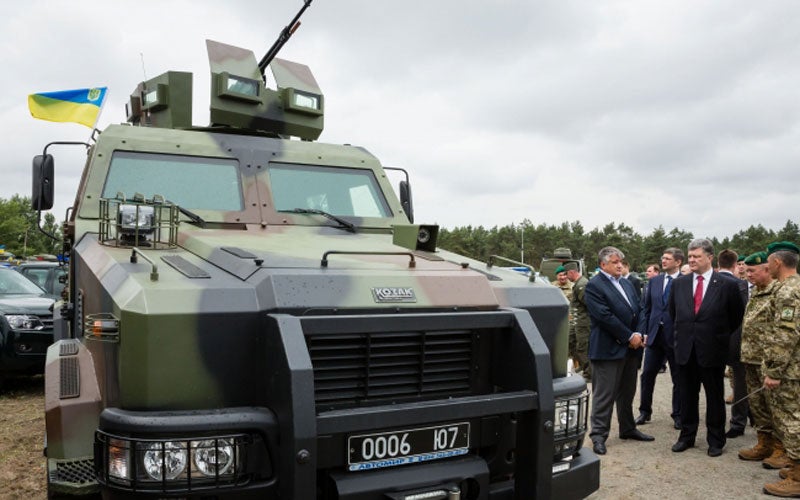 The Kozak-2 is a 4×4 multi-purpose, wheeled, armoured combat vehicle designed and manufactured by Ukrainian defence company NPO Practika to meet the mission needs of the Armed Forces of Ukraine, the National Guard and the Border Guard Service.

The vehicle is intended to offer enhanced security for the Ukrainian troops. It can be configured for patrol / reconnaissance, mobile command post, ambulance, cargo / repair / maintenance, and special operations.

Practika developed two versions of the Kozak based on the EuroCargo 4×4 truck chassis developed by Iveco, a manufacturer of light, medium and heavy commercial vehicles based in Italy.

The base version of Kozak was unveiled in August 2009. A Kozak-2 prototype vehicle underwent tests in November 2014 and a further modified version was demonstrated in March 2015.

A Kozak-2 production vehicle was presented during the SITDEF 2015 International Exhibition of Technology for Defence and Prevention of Natural Disasters held in Peru in May 2015.

The National Guard of Ukraine received the first batch of 11 Kozak-2 armoured vehicles in July 2015.

The Kozak-2 armoured personnel carrier features a V-shaped armoured hull. It can accommodate five crew members and up to 11 personnel in blast-resistant seats.

The baseline version of the Kozak is equipped with a GPS navigator, air conditioning unit, rear camera, electric winch, and a device for radiation and chemical reconnaissance.

The Kozak-2 armoured combat vehicle features a roof hatch with a ring mount for the installation of 7.62mm and 12.7mm calibre machine guns, or 30mm / 40mm automatic grenade launchers.

The Kozak-2 offers ballistic protection for the occupants up to STANAG 4569 Level 2 against 7.62 x 51 armour-piercing rounds. It can withstand mine blast explosion of 3kg TNT.

"The vehicle is intended to offer enhanced security for the Ukrainian troops."

The crew survivability is further enhanced by the installation of bulletproof glass blocks around the weapons mount.

The vehicle is powered by Iveco Tector six-cylinder, 6l turbo engine, coupled to a ZF, six-speed manual gearbox. The engine produces an output power of 279hp and generates a maximum torque of 950nm at 1,250rpm-2,100rpm.

ECOTEST
ECOTEST is a well-known developer and manufacturer of devices and...
SUBSCRIBED