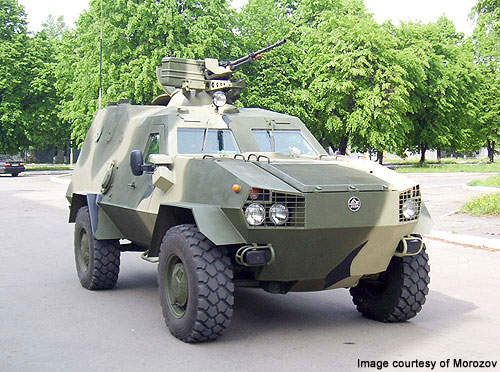 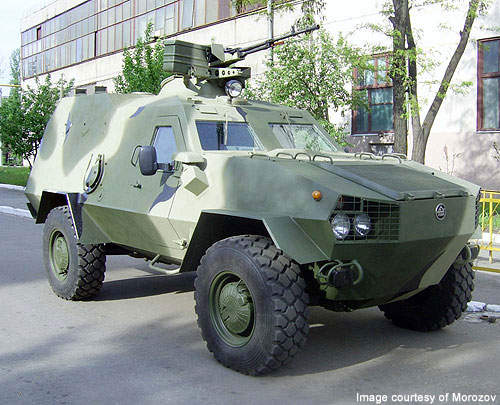 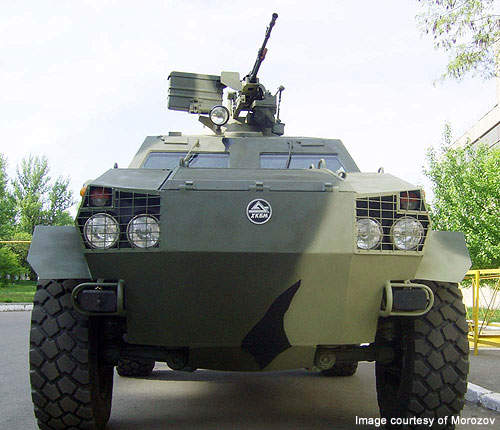 The vehicle is armed with a remote controlled 12.7mm NSBT-12.7 machine gun. 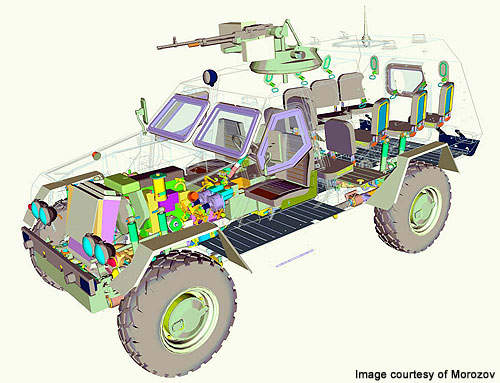 The virtual assembly model of Dozor-B. 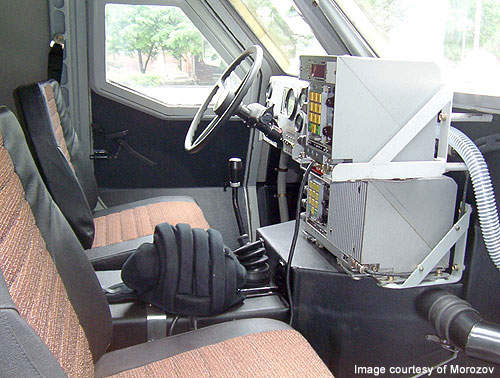 The vehicle controls, navigation equipment and communication devices in the driver's station. 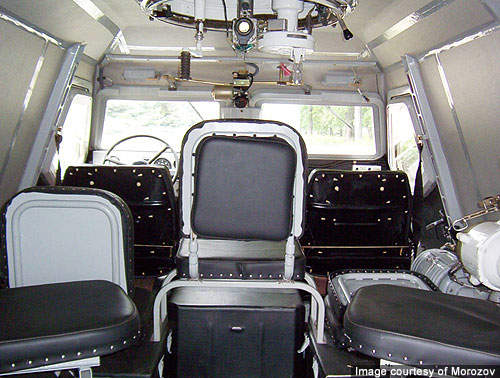 The gunner's station in the central fighting compartment.

The Dozor 4×4 series includes the Dozor A and Dozor B. They were developed in 2004-2005. The Dozor B entered service in 2007. The all-terrain APC is suitable for both cross-country and road surfaces. It can transport personnel and cargo loads. The armoured Dozor B  provides protection against small arms and weapons of mass destruction.

Dozor B has a bonnet-type layout with crew and power pack compartments. These two main compartments are differentiated by a noise-insulating and air-tight vibration bulkhead. The power pack compartment is located between the front and central parts of the hull. It contains the engine, transmission, elements of the steering system, an air system, braking system, the operations support systems and components of heating and air conditioning systems.

The central and rear parts of the hull are occupied by the crew compartment. They accommodate the crew, ammunition, filtering components, ventilating and air conditioning systems, installation assemblies and SPTA. This compartment is further divided into troop, driving and fighting areas.

"Dozor B has a bonnet-type layout with crew and power pack compartments."

The motor car-type layout allows for ease of operation and maintenance and provides high cross-country mobility. The APC is transportable by rail, road, sea or air. The engine components, braking, steering and air systems can be easily accessed for repair. It also increases the safety due to easy mounting and dismounting of the crew.

The vehicle can be equipped with different light armament, special equipment and communication devices to suit various missions. The special equipment includes a central tyre inflation system, a coupling and towing device, and a WARN XD 9000i winch for self recovery.

The 4×4 variant is designed to suit a variety of missions. It can be used as an ambulance, a command vehicle, a patrol vehicle and a nuclear, biological and chemical (NBC) reconnaissance vessel.

Dozor B is armed with a remote controlled 12.7mm NSBT-12.7 machine gun with a PZU-7 optical monocular periscopic sight.

It has an ammunition capacity of 450 rounds. It can fire within an elevation range of – 3° to +68°. The roof-mounted anti-aircraft machine gun can be rotated 360°.

Dozor B is designed for protection against anti-tank mines and small arms fire. It has an armoured hull for protection of the crew and internal equipment against 7.62mm bullets.

"Dozor B is designed for protection against anti-tank mines and small arms fire."

The cylindrical armoured steel bottom provides protection against mines. The windows of the APC are also armoured to the level of the main armour.

Additional protection against powerful mines and larger calibre bullets can be achieved by installing additional removable protection components to the hull. The ventilating and filtering unit purifies the air in the compartments for protection against NBC attacks. Dazzle paint also reduces the detection range of the vehicle.

The armoured glass windows provide clear vision during the day. Night driving aids can be installed during poor visibility.

The external communication devices include an R-173M radio set and an R-173PM radio receiver with an operating frequency range of 30,000kHz-75,999kHz. The radio communication range in rugged terrains is 20km. Internal communication is via an AVSK-1 crew intercom system. The GPS NAVSTAR and GLONASS satellite navigation systems determine the location and speed of the vehicle.

The Dozor B is powered by a single 112hp or 136hp or 197hp turbocharged intercooled diesel engine. It can use either of the four-stroke, four-cylinder engines the DEUTZ BF 4M 1013 FC and IVECO 8142.38.11. The engines allow the vehicle a maximum speed of 90km/h to 105km/h. The power transmission is mechanical and the torque transmission is constant.

The IVECO 8142.38.11 engine is installed with an IVECO 28026.5 mechanical gearbox, where as the DEUTZ BF 4M 1013 FC engine uses the hydro-mechanical automatic planetary Allison 1000 LCT. Both have five forward and one reverse gear.