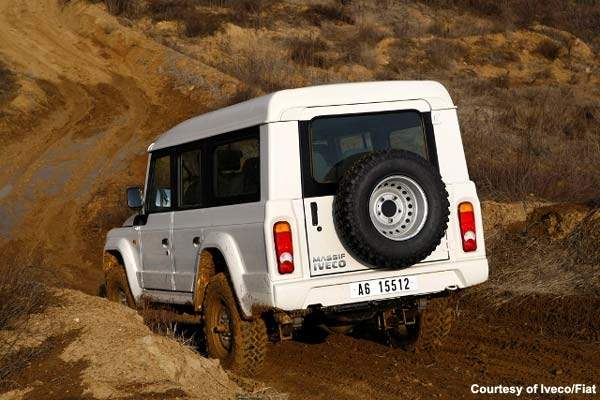 The Iveco Massif is a new four-wheel drive vehicle offered in a variety of versions. 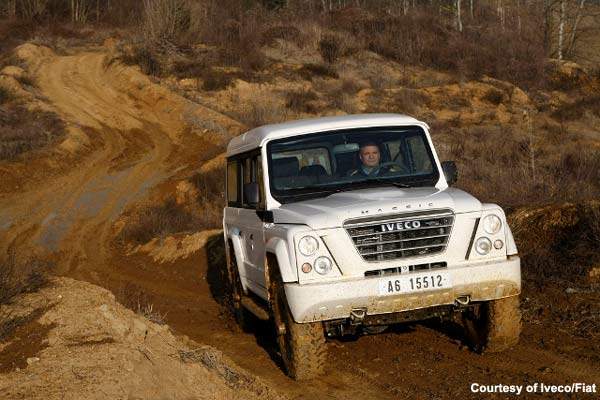 The Iveco Massif was launched in the UK in 2009. 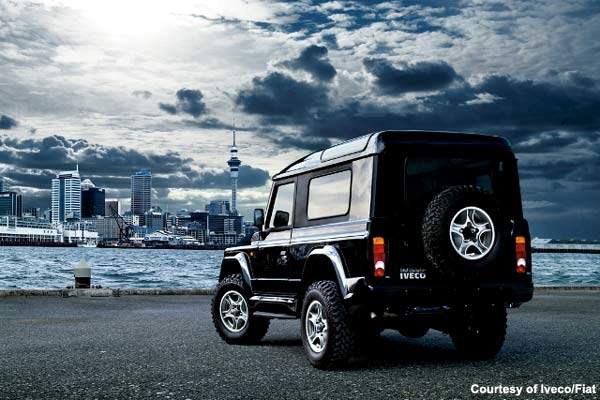 The Iveco Massif has a military pedigree having been based on previous Santana vehicles. 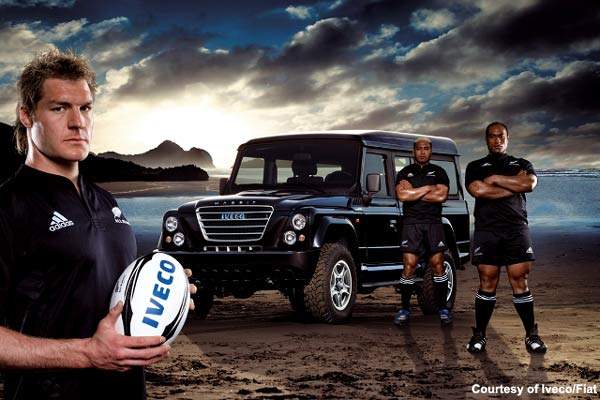 The specification and price will attract RAF Mountain Rescue and possibly Coastguard contracts. 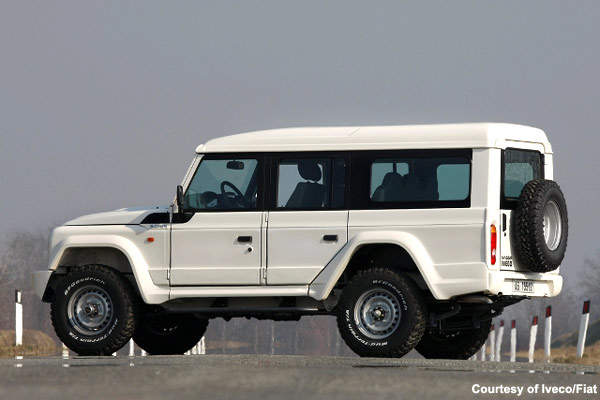 The Iveco Massif has a good reliable range of engines and excellent power train engineering.

The Iveco Massif is the latest heavy-duty four-wheel-drive vehicle from Fiat (Iveco is their commercial vehicle section). The Massif was produced in conjunction with the Spanish 4×4 producer Santana, (Santana and Iveco signed an agreement in May 2006 – the Massif is basically a rebadged and restyled version of the Santana PS-10 ‘Anibal’ 4×4 vehicle), who previously had a successful relationship with Land Rover from 1958 to 1985 – they built ‘Spanish’ Land Rovers for the armed forces in Spain right up until 1983.

The new Iveco Massif has a lot of Land Rover characteristics (body styled by Giugiaro) but is a distinctly different vehicle with a chassis based on the Iveco Daily 4×4 van (which has been used for heavy duty military applications in the past). The vehicle is the first heavy duty 4×4 vehicle that Fiat / Iveco has produced since their highly successful Campagnola Jeep that was used by the Italian Army for many years.

The Iveco Massif was released for the UK market in 2009 and is now available in Europe in left-hand drive long (five-door) and short (three-door) wheel-based versions with hard tops as well as a long wheel base pick-up and chassis truck version. A van body version is currently in development.

Iveco have said that the vehicle will be available in a military specification if required and like the Santana PS-10 will be fully air transportable. All versions of the Massif will have full metre-wide rear openings allowing a standard euro-pallet to be carried.

The engines for the Massif range will include: 146bhp / 258lb/ft (HPI) and 176bhp / 295lb/ft (HPT) versions of a previously developed and reliable 3l diesel (Euro IV-compatible), with a variable-geometry turbocharger, a six-speed manual transmission (ZF 6S400 overdrive six-speed transmission) and also selectable rear-wheel / four-wheel drive with a low-ratio two-speed transfer box , based on the Santana 2500 unit.

The Massif has parabolic leaf springs to give good handling and flexibility and can negotiate a 40% slope with ease in second-low just with the engine ticking over. The Massif has all-around disc brakes and a disc transmission handbrake.

"The Massif was produced in conjunction with the Spanish 4×4 producer Santana."

A double ‘H’ hydraulic circuit with vacuum servo-assistance is used to actuate ventilated disc brakes on the front axle and also simple discs on the rear axle.

There is recirculating ball-type power steering equipped with a ZF pump and a reasonable turning circle of 6.5m. Beam drive axles are used both front and rear and have a common final drive ratio of 3.909:1.

The final drive gearing used on the front axle is of a helicoidal design whereas that on the rear axle is a hypoid gear set in order to provide improved ground clearance for the centrally mounted drive shaft. The Massif can also be supplied with a wide range of transmission and transfer box PTOs (Power Take-Offs) and also easily accessible electric connections for bodywork.