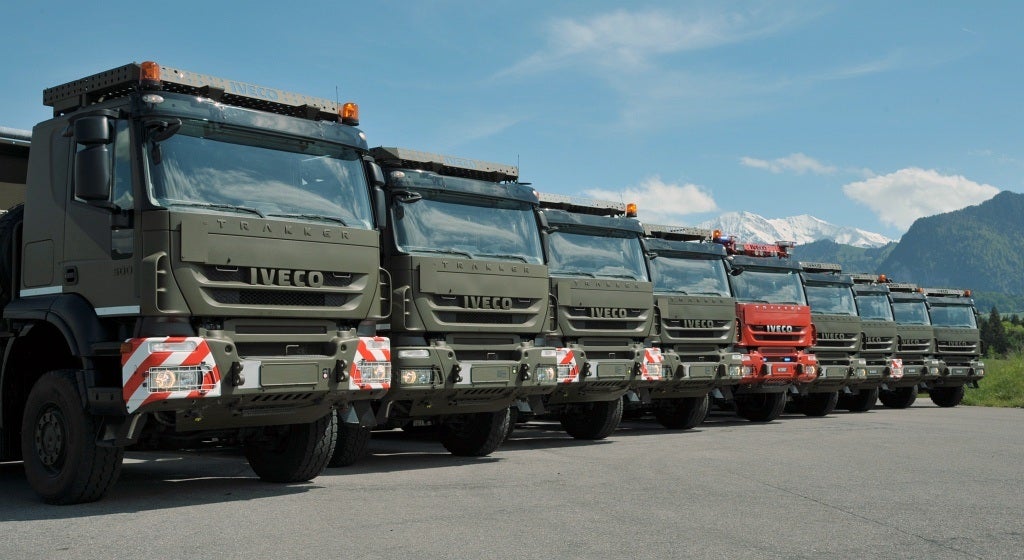 Iveco Defence Vehicles announced that on 28 May 2013, the 14 variants of the ‘New Generation Vehicles’ programme were symbolically handed over from Armasuisse to the Swiss Armed Forces Logistics Organisation (LBA). The hand-over ceremony was held at the Arms Square of the Swiss Army in Thun and was attended by military representatives and industrial partners.

Undertaken as part of the ‘Armament Programme 2010’, this contract was awarded in 2010 and comprises the supply of 910 Iveco heavy trucks across a period of four years. The contract also includes engineering services and project management supported by Iveco DV’s commercial premises in Germany.

All vehicles are fully EEV emission compliant, featuring economical and ecologically-friendly FPT Industrial Cursor engines, fitted with automated EuroTronic transmissions and Automatic Drivetrain Management (ADM). The innovative use of this technology enables the fleet to be one of the most environmentally-friendly in Europe.

All 14 variants were demonstrated at the ceremony, through a combination of technical presentations, a static display and dynamic tests.

350 vehicles have already been delivered to Swiss bodybuilders and to the customer in accordance with the contracted delivery plan.

Mr. Peter Greuter (LBA) highlighted that the high level of technology offered by the vehicles and the extended use of civil COTS components were fundamental to ensure the safety and usability necessary for the fleet, and were key in the choice made by the Swiss Army.