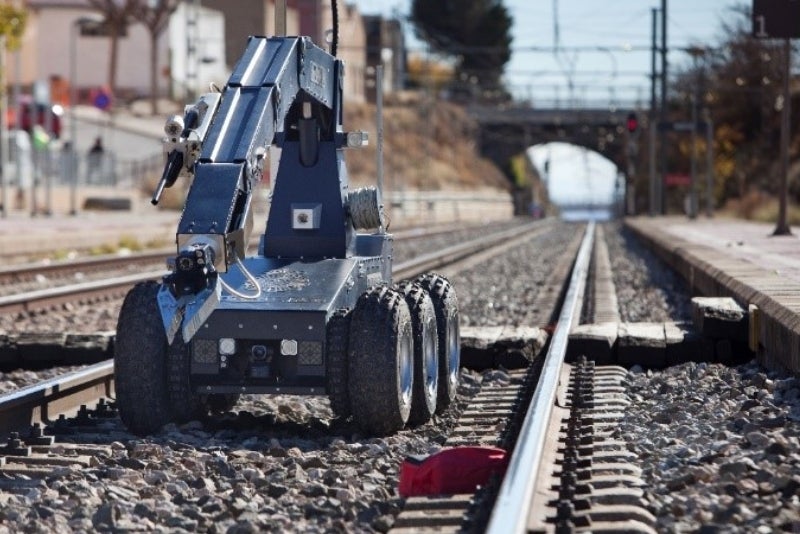 The Government of the Republic of Tunisia has placed his trust in Spanish company Proytecsa to acquire several robots of the Aunav range.

The Aunav robots are highly sophisticated and mid dimensioned, and will be used in areas that require protection of the specialised IED deactivation teams.

The huge weightlifting capacity and high precision allow the robot to be the ideal solution in situations with explosive devices, car bombs, or threats with nuclear, radiological, biological or chemical materials. The remote control robot integrates telemetry so the data gathered by sensors can be seen in real time on the control console.

Thanks to exports and the trust of our customers, Proytecsa has achieved historical records in its 25 years of existence and enters regions as important as the North of Africa, the Near East and the Indian subcontinent.

The Aunav robots have been developed in collaboration with the TEDAX unit of the Spanish National Police. Since 2003, the Aunav robot is the type used by the National Police, The Guardia Civil, the Air Force and the Mossos d’Esquadra and other units in Spain, Saudi Arabia, Egypt, India, the US, Mexico, Chile, Morocco, Angola, Vietnam and others.

The Government of the Republic of Tunisia has placed its trust in the Spanish company...