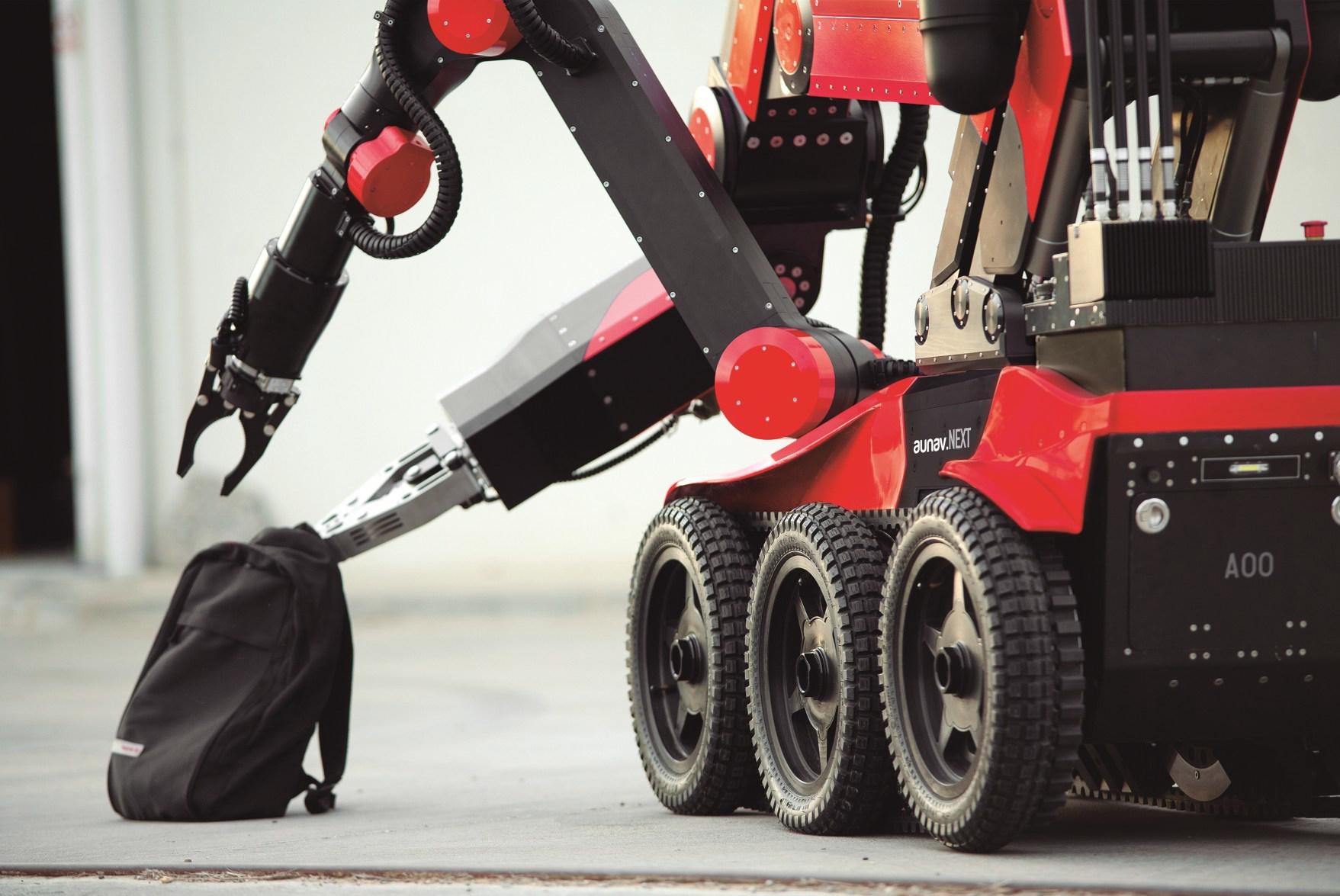 The aunav.NEXT robot from PROYTECSA SECURITY will be used in preventing and defeating explosive devices in Mauritius.

The Republic of Mauritius has acquired from the Spanish company PROYTECSA SECURITY the aunav.NEXT robot, which specialises in the de-activation of explosives devices.

The aunav.NEXT was presented for the first time at the MILIPOL In-ternational Security and Defense trade show in Paris last November. It was received with great expectation, as this robot represents a great improve-ment in anti-terrorism operations. The result of the presentation was the order from the Republic of Mauritius authorities. According to PROYTECSA SECURITY international sales manager , Raoul Domínguez, "This sale is the confirmation that the aunav.NEXT robot is just what our customer expected in the field of explosive device deactivation."

The aunav series of robots for the deactivation of explosive devices was developed in conjunction with the TEDAX unit of the Spanish Policía Nacional. Since 2003 the robots manufactured by PROYTECSA are used by the Policía Nacional, the Guardia Civil, the air force and the Mossos d’Esquadra as well as sever-al bomb squads in Spain, Saudi Arabia, USA, Mexico , Morocco , Angola, Vietnam and others.

The aunav family features robots that are extremely powerful and strong. Along with their precision of movement this makes them ideal for their use in the field of military and police EOD/IED operations

This delivery is the first PROYTECSA SECURITY is making to the Republic of Mauritius and we are proud to have a new customer for the aunav family range of robots. HMH is the official distributor for Proytecsa products in Mauritius and will ensure that everything will go on according to PROYTECSA guidelines across all end-to-end processes.