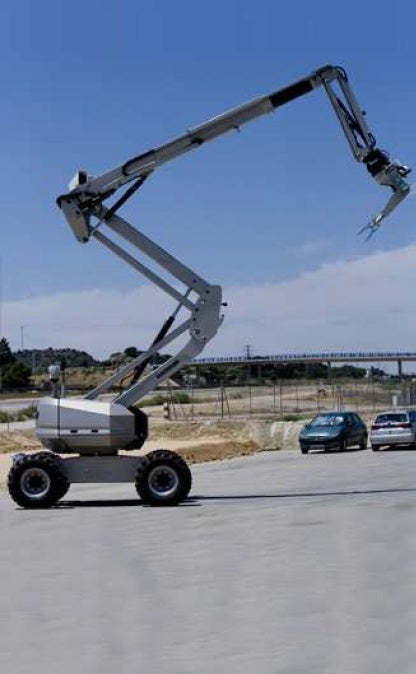 The Spanish Proytecsa Security Company has announced it will produce 20 aunav.MEGA robots put out to tender by the Saudi Arabian Ministry of the Interior. The devices will be used to protect the main industrial infrastructures of the country.

This contract is in addition to the five aunav.EOD robots Proytecsa Security sold to the Saudi Arabian Civil Protection Corps around a month ago. With these deals, the company has consolidated its presence in the international market, particularly in Saudi Arabia.

Priced at over €10m in total, the 20 aunav.MEGA robots will cover critical infrastructure security needs for the Saudi Arabian Ministry of the Interior, including oil industry, power stations and water plants. Delivery will occur by the end of this year.

The Spanish-designed and produced robots are fitted with a crane arm that enables them to reach objects at a distance of up to 18 metres and a pin with over seven tons of strength. The arm’s accuracy guarantees success when dealing with situations like search, surveillance or the presence of an IED (Improvised Explosive Device) in an industrial area. The range of the arm enables operation at the top of oil tanks and pipes. It has the ability to manipulate a suspected object inside a compound by remote control from a safe distance away.

The oil and gas industry represents the main economic source in the Middle East. Its importance in the growth of these countries makes protecting the infrastructure against terrorist attacks, accidents or natural disasters a critical task. There are currently no physical security systems set up inmany industrial compounds.

Proytecsa Security has consolidated itself as the main producer and supplier of counter IEDs and explosive ordnance disposal and chemical, radiological, biological and nuclear robots for the Spanish Security Corps. This has enabled the company to open up new markets in the foreign trade.