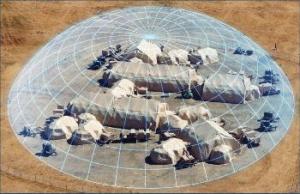 DHS’ Intelligent Power Technology®, a networked power micro-grid system that optimises generators to fluctuating power demands, has proven its energy-saving capabilities at the Networked Integrated Evaluation (NIE) 13.1. According to the Training and Doctrine Command (TRADOC) summary report, a document included in the assessment report detailing the system’s performance throughout the evaluation process, the Intelligent Power Technology system reduced fuel consumption by over 60%.

The NIE 13.1 began in October and lasted through November during which a range of military equipment was tested in the field and in lab studies for efficiency, interoperability, and durability. Intelligent Power Technology was entered into NIE as a System Under Evaluation (SUE) to determine its ability to improve operational energy on the battlefield.

DHS director of federal programs, Tim Taets, was present at NIE 13.1 and commented on the performance of Intelligent Power Technology, saying: "NIE 13.1 was major for Intelligent Power Technology. The system performed exceptionally well on many fronts, but we were most pleased with its extraordinary capability for fuel saving. DHS demonstrated that it is an industry leader in military power generation."

"In speaking with NIE participants, one of the top highlights for Intelligent Power Technology was its remote capability and user-friendly interface," added Taets.