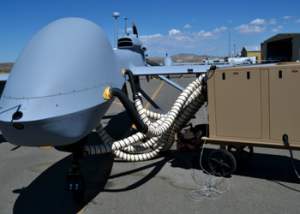 In a high-pressure, time-sensitive mission, it is crucial to have reliable equipment that is functional despite environmental and circumstantial challenges. Recently, the North Carolina 130th Maneuver Enhancement Brigade participated in a Joint Task Force mission to establish a tactical operations center for the Democratic National Convention.

Every year, thousands of people flock to the Empire Expo Center in Syracuse, NY to experience the New York State Fair. This year over 800,000 people attended the end of summer event that took place on August 23- September 3. Due to the many attendees, the event provided an excellent opportunity for Army personnel to set up a station where they could interact with potential recruits.

DRASH at home with the Army football team

It’s football season once again and DHS is showing its enthusiasm by supporting the Army football team. This year, DHS will be present at all seven Army home games at Michie Stadium in West Point, NY. The company will set up a 2S Shelter that will serve as the center for face painting during the pre-game Black Knights Alley festival.

DHS Systems, known by many as DRASH, is dedicated to demonstrating its gratitude for the men and women who serve to protect the U.S. both at home and abroad. That is why for the past two years, DHS has wholeheartedly supported the National Guard’s Indy-Car Panther Racing team.

This past summer, the German 10th Army Air & Missile Defense Command acquired a new, technologically advanced tactical operations center (TOC). The Army’s TOC was so impressive that it was featured in an article from the widely read military news source, Stars and Stripes.