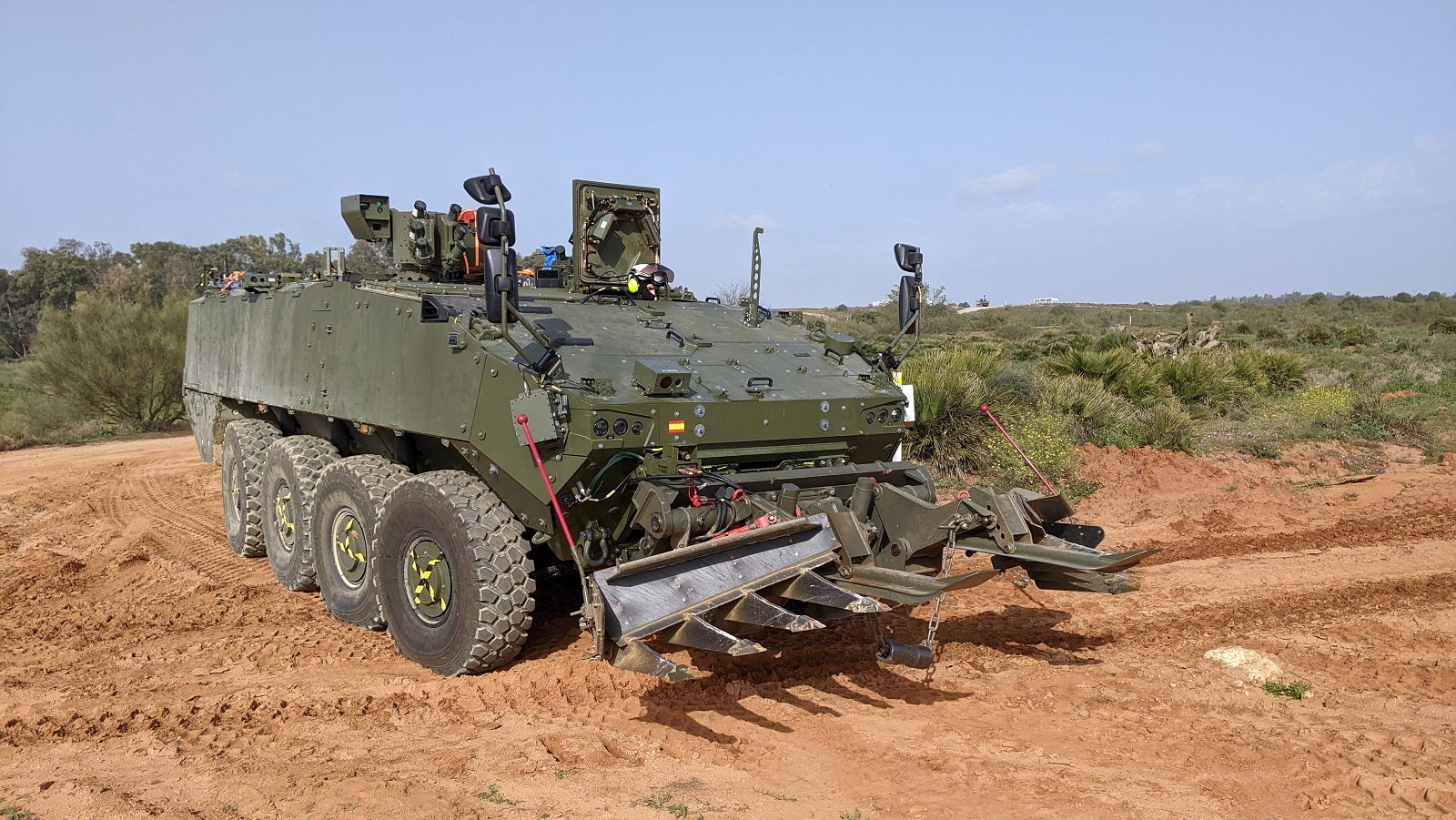 Pearson Engineering’s latest mine plough development will provide lightweight combat forces with the ability to independently move through minefields. The self-protection mine plough, named VECTOR to signal its ability to support momentum, speed and force projection, incorporates battle-proven mine plough design principles.

VECTOR features two plough blades, each covering at least the width of the vehicle’s wheels to create a safe route for the vehicle to advance. Each plough blade brings buried mines to the surface and moves them into ‘spoil heaps’ on either side of the vehicle. This type of self-protection mine plough provides lighter weight wheeled combat vehicles with organic and independent mobility, leaving dedicated combat engineers free to undertake strategic tasks in support of the wider force.

VECTOR was recently trialled by the Spanish Army for use with the VCR Dragón whose mission set requires independent manoeuvre across the battlefield. The option to move through, rather than around areas that may contain mines, supports freedom of manoeuvre and enhances operational tempo; especially on a dispersed battlefield where wheeled forces will seek to maximise their agility and speed of movement.