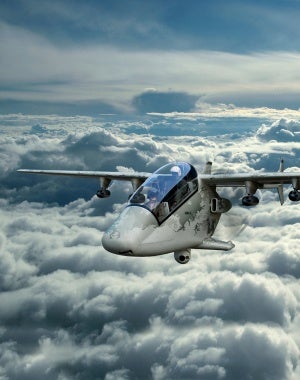 AAD 2012, held from 19-23rd September in South Africa, will be the biggest show in the history of Paramount Group, with a number of major commercial and technological announcements that demonstrate its continued position as one of the leaders of the South African defence sector.

A major new product announcement will be made at the show but the details are being kept top secret until then.

In the last two years, Paramount Group has experienced significant commercial growth – driven by increased business in Africa and new market entries in the fast-growing markets such as the Middle East, South America and South Asia.

Its solutions have diversified and developed, with new cutting-edge offerings in the areas of aerospace, electronic systems, and land systems as well as peacekeeping and internal security packages.

Paramount Group, the company behind AHRLAC, the first African-conceived and African-built aircraft, has also expanded into the Asia-Pacific region.

Its collaboration with Singapore’s ST Kinetics will see its range of armoured vehicles being produced and marketed in the region, bringing to market a family of high-mobility armoured wheeled vehicles, as announced earlier this year.

AAD 2012 is being is being held against a backdrop of a continuing global recession and fierce competition from economic export powerhouses like Germany and China.

Yet Paramount Group, one of Africa’s fastest-growing defence companies, is demonstrating that the South African defence sector is still innovating and producing world-class products, despite the challenging market.

Among the products on show at AAD are: Mbombe, a revolutionary infantry fighting vehicle offering landmine protection with a flat hull; Marauder, a mine-protected armoured vehicle labelled the "world’s most unstoppable vehicle" by the BBC television show Top Gear; and AHRLAC, Africa’s first domestically built aircraft.

Ivor Ichikowitz, Executive Chairman of Paramount Group, said: "As a proudly African company, AAD is the most important trade show we exhibit at and this year we will be making a number of extremely significant announcements that show Paramount Group is ahead of the curve when it comes to defence innovation.

"The defence sector is an absolutely crucial part of the South African economy, generating billions in revenue and employing thousands of people in well paid hi-tech jobs. This helps develop our manufacturing expertise which can then be applied to other industries contributing to further economic growth.

"If South Africa is to retain its position as a member of BRICS, and survive during the global downturn, it must continue to innovate with world class products that we can export to the world.

"The days of mass producing low quality goods are over, and I am absolutely confident South Africa has the technical skills to make high quality products, particularly defence equipment, that the world wants to buy from us.

"We will be using AAD to not only show-off our latest range of innovations and highlight the commercial growth of the company but demonstrate that the South African defence industry remains buoyant and continues to create new products that challenge any of the world’s dominant manufacturers."