The next-generation APC is intended to offer a robust solution to serve the troop carrier requirements of armed forces worldwide.

The UAE Ministry of Defence (MoD) became the launch customer of the vehicle after signing a contract with Paramount Group during IDEX 2019 in February 2019.

The Mbombe 4 APC can be deployed in a range of military operations including conventional and asymmetric warfare, border patrol, personnel transport, search-and-rescue, counter-terrorism, and peacekeeping missions.

Mbombe 4 integrates a 4×4 wheel-drive configuration based on a combat-proven militarised chassis. It features an all-welded monocoque hull design and a conventional layout with the engine stationed in the front, followed by the crew cab and the troops section.

The modular design of the APC offers versatility and enhances the strength of the vehicle to participate in complex missions.

The vehicle measures 6.13m-long, 2.6m-wide, and 2.45m-high and offers a ground clearance of 0.43m, which enables it to be driven through uneven terrains.

Mbombe 4 has a kerb weight of 13.3t and is capable of carrying 2.7t of payload. It is manned by a crew of two members and can accommodate a gunner and four dismounted troops in the rear cabin. It is capable of operating in temperatures ranging between -20ºC and +50ºC.

The forward crew cab is fitted with a large two-piece windshield, which offers a clear view of the surroundings to the crew, enhancing situational awareness. The monocoque hull is fitted with a door and three windows on either side. A ramp at the rear end makes ingress and egress of dismounted troops easy.

Armament and protection features of the vehicle

Mbombe 4 APC is equipped with an advanced roof-mounted weapon station, which can be armed with either a 12.7mm or a 7.62mm calibre heavy machine gun. It can be optionally fitted with multiple weapon mounts and other armaments.

The crew cab and troop section are fitted with bullet-proof windows and blast-attenuating seats. The vehicle provides superior protection compared to other vehicles in the Mbombe class and offers STANAG 4569 Level 3 ballistic protection against 7.62mm and 12.7mm rounds.

The mine-resistant lower part of the hull offers protection up to STANAG 4569 Levels 4a and 4b against mine blasts. It can withstand the explosion of 10kg TNT beneath the hull and wheels and improvised explosive device (IED) side blasts equivalent to 50kg of TNT.

Installing appliqué armour plates can further enhance the protection levels of the vehicle.

Engine and performance of Mbombe 4

Mbome 4 is powered by a six-cylinder turbo diesel engine, which has a rated power production capacity of 450hp. The engine is coupled to a six-speed automatic transmission system and has a power-to-weight ratio of 24kW/t at 13,900kg.

The vehicle can reach a maximum speed of 140km/h and achieve a maximum operating range of 800km. It can negotiate side slopes and grades of 35% and 60% respectively and has the capability to ford water depths of up to 0.9m.

The mobility of the vehicle can be further enhanced by the run flat inserts and central tyre inflation system (CTIS). 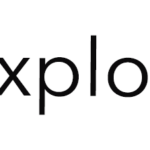