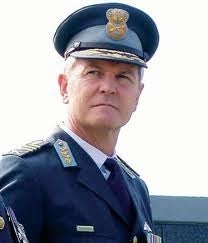 One of the longest serving South African Air Force Chiefs has joined Paramount Group, Africa’s largest privately owned defence and aerospace company, in a move that demonstrates its position as one of the fastest growing defence innovators globally.

Lt Gen Carlo Gagiano was chief of the South African Air Force from 2005 to 2012 and has been appointed group executive and special advisor to the chairman of the group.

Paramount Group experienced extremely strong growth last year and is looking to increase sales across Africa, the Middle East and South America in 2013 – particularly in its aerospace business, which is responsible for creating AHRLAC, Africa’s first domestically built aircraft.

"General Gagiano has had a long and distinguished career in the leadership of the SAAF, and brings with him a wealth of knowledge and experience. He shares our vision of developing the defence industry as it becomes an increasingly important part of our knowledge economy, contributes to the development of skills and engineering expertise, and helps to grow the industrial base of our country."

General Gagiano said: "This is a wonderful opportunity for me to be part of a rapidly expanding industrial group that has become a key player in the South African Defence Industry.

"There are a number of very exciting projects that are currently underway, and more in the pipeline and I am very encouraged by the prospects going forward. I look forward to playing a helpful and constructive role in contributing to these developments."

During his 44-year career Carlo Gagiano has held a number of senior SAAF appointments and served in various operational capacities.

From 2002 to 2005 he served in SAAF Headquarters as chief director of air policy, where he was responsible for designing policy, implementing strategies and managing resources.

He also served as chief director of operations development at the Joint Operations Division from 2000 to 2002, which involved forming general policies, doctrines and procedures in terms of defence capabilities.

Paramount Group Inspires Next generation of African Engineers and Leaders

Paramount Group, one of Africa's leading defence and aerospace companies, is helping to educate and...