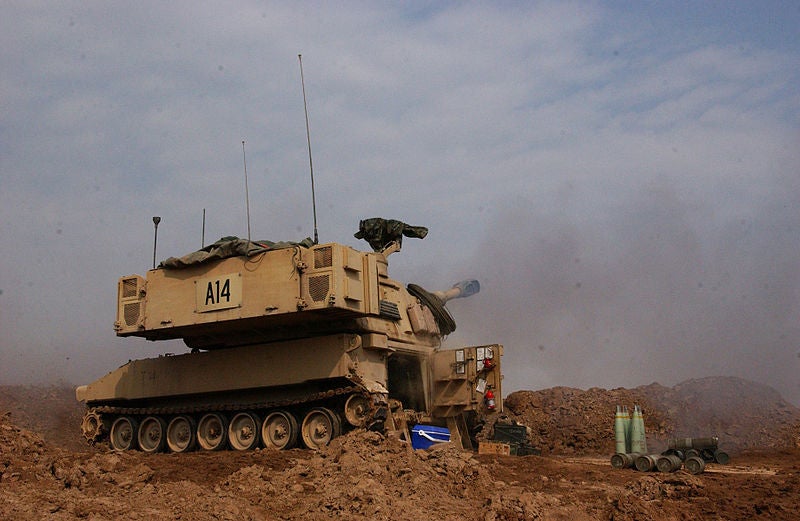 The US Army Tank Automotive Command (TACOM) Life Cycle Management Command (LCMC) has awarded a contract to the Watervliet Arsenal for production and delivery of 155mm cannon carrier assemblies.

The cannon carrier assemblies manufactured under the $1m contract are intended for the army’s M109A6 155 mm self-propelled howitzer.

Watervliet Arsenal production control and programme management chief, Jake Peart, said the receipt of even a small contract is critical to sustaining the critical machining skills required for today’s weapons systems, in the era of fiscal uncertainty with the defence budget.

"What makes this order even better for us is that it was not part of our planned production schedule for this fiscal year," Peart said.

"This million dollar order will add to our current workload more than 2,200 hours of direct labour."

Effective from March 2013, the sequestration has furloughed the Arsenal’s workforce and limited overtime to meet production, despite a hiring freeze and a drop in future weapons contracts, deliveries under the contract are scheduled to start in December 2014, and becomplete by January 2015.

Manufactured by BAE Systems Land and Armaments, the M109A6 Paladin is a 155mm self-propelled cannon system designed to provide primary artillery support for armoured and mechanised infantry divisions in the battlefield.

Also called as Paladin, the howitzer was used by the US Army in support of Operation Iraqi Freedom in March / April 2003, and in the continuing operations in Iraq, including Operation Al Fajr in Fallujah in November 2004.

Besides US, the howitzer is operational with the Israeli Army, and has also been selected by Kuwait and Taiwan.

Image: US Army’s M-109A6 howitzer during combat operations in Fallujah, Iraq. Photo: courtesy of US DoD.