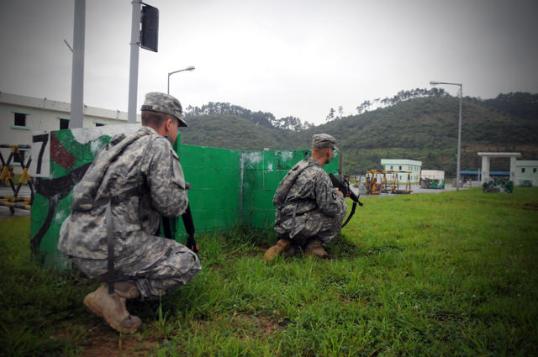 Scheduled to end on 30 August, the computer-aided exercise involves participation from approximately 50,000 South Korean soldiers and 30,000 US military personnel from bases in the US and across the Pacific region, Yonhap News Agency reports.

The exercise is also being monitored by the Neutral Nations Supervisory Commission (NNSC) observers to help ensure its compliance with the 1953 Korean Armistice Agreement, which regulates Seouls’ relations with the Democratic People’s Republic of Korea (DPRK).

The eighth army commander lieutenant general, Bernard Champoux, said the exercise represents a great opportunity to train with allies and also ensure readiness to deter aggression or fight and win if deterrence ever fails.

"This exercise enables us to leverage the full might of our combined defence team," Champoux said.

Incorporating lessons learned from the US military’s operations in Iraq and Afghanistan and from earlier exercises on the Korean Peninsula, UFG 2013 is scheduled to help the participants train on their essential tasks.

First conducted in 1976, Exercise Ulchi Freedom-Guardian is the world’s largest computer-simulated drill aimed at validating the ROK-US alliance’s operational readiness to respond to threats across a range of potential conflicts, including North Korean provocations.

Conducted across the US Combined Forces Command and South Korean military installations, the drills, previously called Ulchi Focus Lens, are connected by communications networks that reach to US military headquarters worldwide.