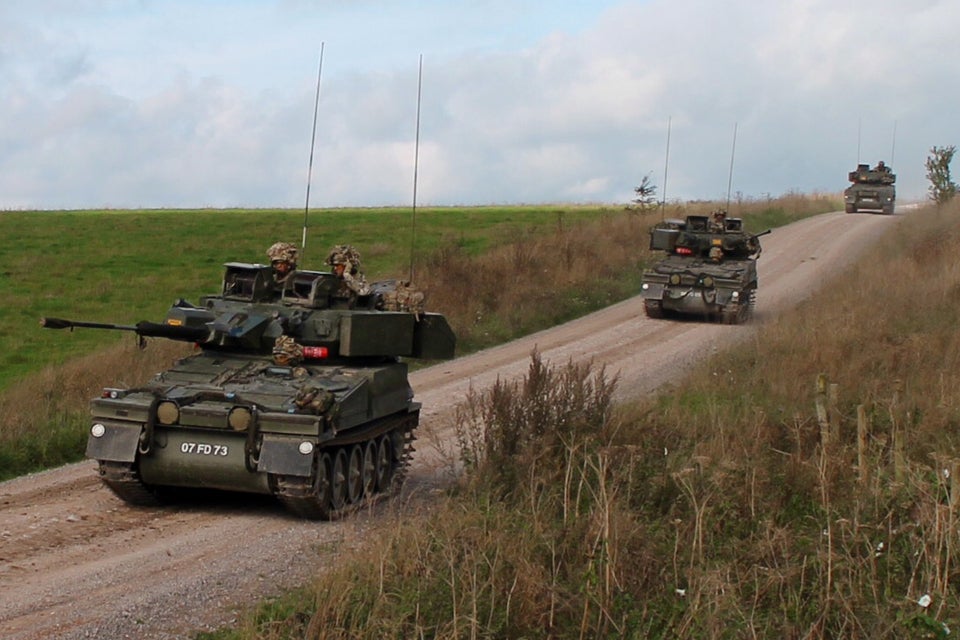 The UK Army soldiers from the Queen's Royal Lancers (QRL) participated in the Exercise Fondouk Lancer 13, to test their ability to conduct both mounted and dismounted reconnaissance missions.

Carried out at the Salisbury Plain Training Area (SPTA) in southern England, the month-long exercise confirmed the regiment's firm foundations of reconnaissance soldiering, prior to the forthcoming tour to British Army Training Unit Suffield (BATUS) in Canada.

Comprising both mounted and dismounted phases, the exercise witnessed participation from more than 300 QRA personnel, around 40 Scimitar and Spartan tracked reconnaissance vehicles and trained participants on a range of subjects, from route reconnaissance patrols to observation posts, with Netheravon Airfield as the target.

The soldiers received innovative training that allowed them to understand the challenges that might be faced by the next-in-command. The trainees were allotted time for rehearsals before practising the techniques they had learnt during the exercise.

QRL D Squadron commanding officer, major Alex Bowie, said the soldiers practised some core reconnaissance skills during the exercise, and were put through their paces in new and innovative ways.

''We've made the training different to what the troops may have been accustomed to to really test the soldiers, but also to ensure that they remain receptive and learn,'' Bowie said.

Conducted all over the SPTA, from Warminster to Bulford, the exercise also used Copehill Down, Westdown Camp and Imber village for both real-life support and delivery of the training scenario.