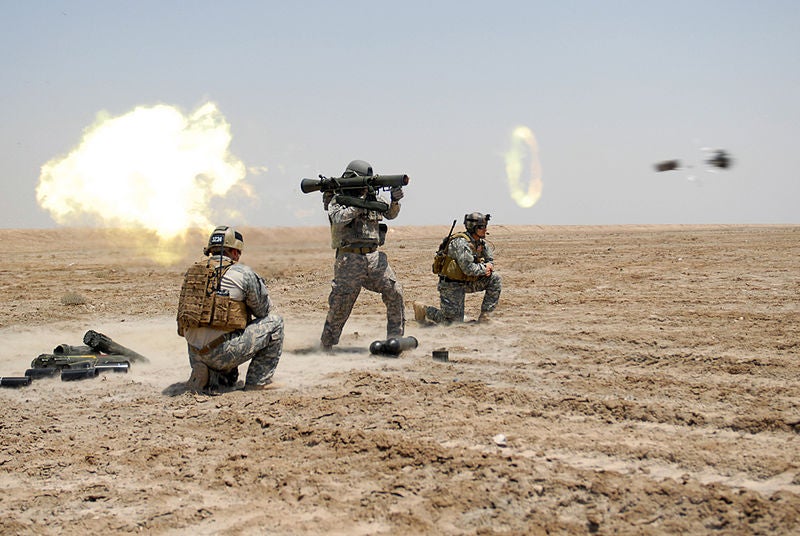 Business area Dynamics head Tomas Samuelsson said: "This is very positive and it further proves the capability of the Carl-Gustaf system which until now has been exported to more than 40 customers around the world."

"This is very positive and it further proves the capability of the Carl-Gustaf system which until now has been exported to more than 40 customers around the world."

Fired from standing, kneeling, sitting or inclined positions, the system is used as a viable anti-armour weapon against stationary targets at distances of 700m, but proves less effective on moving targets due to a relatively low speed of the projectile.

The weapon is operated by a two-man crew in armour-piercing and anti-personnel operations using high explosives, as well as smoke and illumination rounds to defeat ground threats in all environments.

Features include a main tube with a breech-mounted Venturi recoil damper, a shoulder-mount and iron sights, luminous front and rear sight inserts, as well as an image intensification system for aiming during night or in low-visibility conditions.

Carl-Gustaf is also used by forces from the US, UK, Australia, Belgium, Canada, India, Sweden, Germany and Malaysia.

Deliveries under the contract are scheduled to be carried out between 2012 and 2013.

Image: US Army Special Forces during training with the Carl Gustav recoilless rifle in Iraq. Photo: courtesy of Spc William Hatton (US Army).