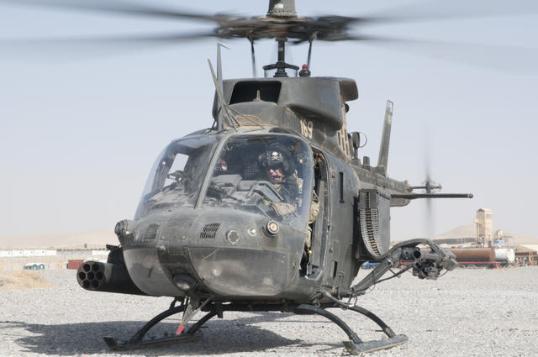 Mercom has awarded a contract to Parvus for supply of tactical computer subsystems for installation onboard the US Army’s OH-58D Kiowa Warrior military helicopters.

Under the new contract, Mercom, a Eurotech subsidiary, will supply unspecified units of its DuraCOR 810-Duo tactical computers for integration onto the Kiowa Warrior helicopters.

The computer is based on a modular, open architecture commercial-off-the-shelf (COTS) design with an Intel Core2 Duo CPU, solid state disk, as well as MIL-704/1275 power supply and conduction cooled chassis.

In regular use with the US Army since 1969, the helicopter can also perform joint air attack (JAAT) operations, air combat, limited attack operations, and artillery target designation missions.

Exported to Austria, Canada, Taiwan, Saudi Arabia, and the Dominican Republic, the helicopter has been manufactured under license in Australia.

Performance period and delivery schedule has not been disclosed by the company.

Image: A US Army OH-58D Kiowa helicopter readies to lift off from Forward Operating Base Lagman in Afghanistan. Photo: courtesy of US Army, by Sgt Christopher McCullough/Released.