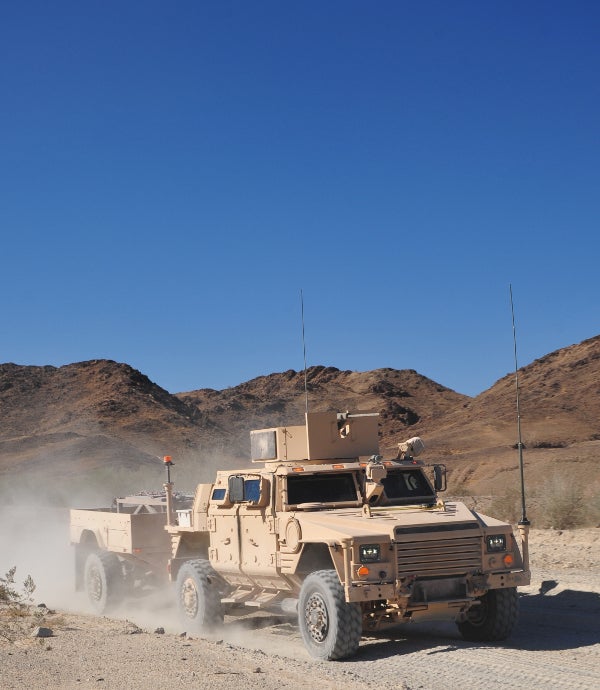 Lockheed Martin and Oshkosh Defense have each been awarded a 27-month engineering and manufacturing development (EMD) phase contract for the US Army and Marine Corps‘ Joint Light Tactical Vehicle (JLTV) programme.

The contract share for Oshkosh and Lockheed amounts to $56.4m and $66.3m respectively, and involves delivery of 22 prototypes by each company within 12 to 14 months from the date of award, plus their support during government testing and evaluation of the prototypes.

First time bidder Oshkosh had proposed a variant of its latest generation Light Combat Tactical All-Terrain Vehicle (L-ATV) for the contract, while Lockheed submitted a substantially lighter and more affordable version of its technology demonstration (TD) model, which already proved its capabilities during government testing.

Lockheed Martin missiles and fire control business ground vehicles vice president said, ”Two JLTVs have been produced on an active manufacturing line, so we are already well prepared for rapid production and testing.”

Prototypes to be delivered by Lockheed include a utility carrier and shelter (JLTV-UTL), a two-seat prime mover with an open bed, and the four-seat general-purpose vehicle (JLTV-GP), while Oshkosh did not provide details about the variants.

The multi-billion dollar JLTV programme is aimed at replacing the Army and Marine Corps’ fleet of ageing high-mobility multipurpose wheeled vehicles (HMMWVs), which have been in active service for over 25 years.

Around 50,000 vehicles are expected to be acquired by the army with options for additional units, while the USMC has plans to purchase 5,500 vehicles.