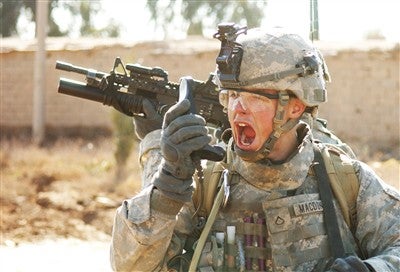 Dubbed RF-7850A, the new tactical radio is designed to deliver secure and reliable voice and wideband data communications for a range of ground-to-air missions, including intelligence, surveillance and reconnaissance (ISR), close-air support (CAS) and border patrol.

”With more information in hand, air crews will be able to respond quickly and appropriately, resulting in improved mission success,” O’Connell said.

The radio has been launched in two configurations, namely RF-7850A-UA and RF-7850A-MR, to help offer a better solution than current systems for a broad range of platforms..

A lightweight and single-channel radio, RF-7850A-UA is designed for use with unmanned aerial systems (UAS) for rapid data transmission from ISR platforms to air and ground forces, as well as range extension for ground tactical networks.

"With more information in hand, air crews will be able to respond quickly and appropriately."

Featuring significant size, weight and power advantages over the existing communication systems, RF-7850A-MR is a multiband dual-channel radio engineered for use in helicopters and fixed-wing aircraft.

The radios feature a simple user interface and are fully interoperable with all members of the company’s Falcon II and Falcon III families, including the RF-7800M wideband radio.