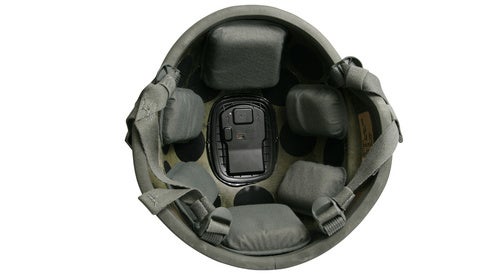 BAE Systems has been awarded a contract modification for the delivery of additional Headborne Energy Analysis and Diagnostic Systems (HEADS) sensors to the US Army, to help determine the effects on the head from impacts during combat-related blast or explosions.

The new $16.9m contract extension forms a part of the original five-year contract secured by the company in June 2010 and brings the total value of the deal to approximately $34m.

Under the terms of new contract, the company will supply an unspecified number of HEADS Generation II helmet sensors to the army, which already uses more than 20,000 sensors in Iraq and Afghanistan.

Don Dutton, BAE Systems protection vice president and general manager, said that the army had an urgent demand for technologies for identification of those in need of medical assistance for potential head and brain injuries sustained during combat operations.

''Traumatic brain injuries are known as a signature injury for soldiers in Iraq and Afghanistan," he said. "The data collected by HEADS during a traumatic event can be used to develop better protective equipment and for supporting further medical treatment."

The HEADS is a small sensor placed inside a combat helmet to help the army and medical practitioners identify and diagnose combat-related traumatic brain injuries (TBI).

"Traumatic brain injuries are known as a signature injury for soldiers in Iraq and Afghanistan. The data collected by HEADS during a traumatic event can be used to develop better protective equipment and for supporting further medical treatment."

The sensors enable constant and automatic collection of potentially lifesaving data, such as impact duration, blast pressures, ambient temperature, angular and linear accelerations, as well as the exact times of single or multiple blast events.

Deliveries under the contract are scheduled to take place by the end of January 2013.

So far, the company has delivered more than 7,600 HEADS Generation I sensors to the US Army and Marine Corps from late 2007 to 2008.

Image: The HEADS sensor inside a combat helmet. Photo: courtesy of BAE Systems.