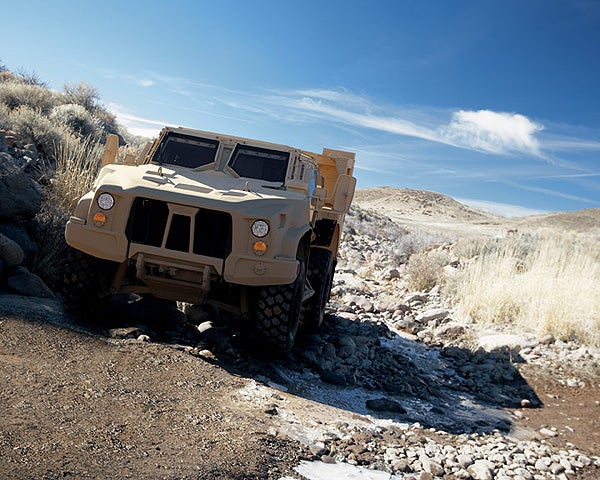 Hosted by the JLTV Joint Program Office (JPO) at the transportation demonstration support area (TDSA) at Marine Corps Base Quantico in Virginia, US, the two-week demonstration successfully validated maturity and performance of the vehicles.

During demonstration, the two prototypes completed the military's severe off-road track (SORT) without fail, enabling military and congressional leaders to observe and experience the light tactical vehicle design and superior capabilities while navigating through difficult terrain.

AM General business development and programme management vice-president Chris Vanslager said the demonstration provided participants with an opportunity to learn more about BRV-O that incorporates the company's extensive experience in design, development and support of the light tactical military vehicle fleet.

"During the event, the AM General team was able to successfully demonstrate its game-changing improvements in vehicle survivability, affordability, sustainability, transportability, versatility, agility and safety," Vanslager added.

"Our truck's performance at the JLTV demonstration reflects a deep commitment to our troops and a true understanding of the critical role this vehicle will play in protecting them."

"Our truck's performance at the JLTV demonstration reflects a deep commitment to our troops and a true understanding of the critical role this vehicle will play in protecting them," Bryant said.

Oshkosh and AM General have respectively received $56.4m and $64.5m JLTV engineering, manufacturing and development (EMD) phase contracts for production and delivery of 22 prototypes in August 2012.

JLTV programme is aimed at replacing the US Army and Marine Corps' fleet of rapidly ageing high-mobility multipurpose wheeled vehicles (HMMWVs), which have been in active service for more than 25 years.