South Africa ranked 32nd out of 137 modern nations in terms of military strength, according to this year’s Global Firepower Index. The highest comparable ranking the nation achieved was 29th for its number of South African armoured fighting vehicles, of which it owns 2,500 units.

South African armoured vehicles carry out one of two main roles: either a direct combat role that incorporates a variety of weaponry, or a personnel carrier function that protects troops and delivers them to and from the battlefield.

Army Technology takes a look at some of the most prevalent designs of South African armoured vehicles and what foreign militaries currently use them. The Rooikat, created by South African defence major Denel, is an armoured reconnaissance vehicle with a primary attack function and fire support role. While it has several variations, the original Rooikat 76 is most recognisable by its Denel GT4 76mm high-velocity gun for anti-tank and fire support.

Additionally, it can be armed with two MG4 machine guns and eight smoke grenade dischargers for evasion purposes.

To keep it moving over rough terrain, the 8×8 wheeled 28t Rooikat is powered by a 563bhp, ten-cylinder diesel engine.

It is currently solely in use with the South African National Defence Force (SANDF), having been used in operations in the Lesotho intervention of 1998-9 and the Namibian War of Independence since it entered into service in 1989. The Ratel – an alternative word for the honey badger – is known as the first wheeled infantry fighting vehicle to enter military service worldwide. It is currently in use with 13 militaries across Africa and the Middle East. The SANDF has more than 500 Ratels in its in arsenal while the Jordanian Armed Forces own around 300 Ratels. 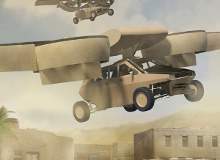 Armaments differ depending on the variant, but Ratels can be fitted with a turret, anti-tank guided missiles, anti-aircraft platforms, mortar systems and machine guns. The Ratel’s secondary weapons are its Browning M1919 machine guns at the front and rear.

It is powered by a six-cylinder turbocharged diesel engine and can travel over a distance of 1,000km at speeds of 105km/h. While many of its variants can be equipped with an armament such as a mounted turret or machine guns, the main weapon on the original RG-34 was replaced with a remote tactical turret or 90mm Gun Model anti-tank weapon.

The Malaysian military uses around 200 RG-34s while Nigeria and the UAE have some RG-34 as part of their ground force. Another MRAP, the Casspir developed by South Africa’s Council for Scientific and Industrial Research (CSIR) has been in service with the South African Army for more than 30 years, which has around 370 in service. It is also a popular model with the Indian Army and the US Army.

The Casspir is armed differently depending on the variant but can carry three Rheinmettal machine guns or a 20mm autocannon. It is larger than the RG-34 and has the capacity to hold 14 people in total – including an operating crew of two.

In 2016, Denel upgraded the new generation Casspir NG2000 to include mortar systems, anti-tank and anti-aircraft weaponry. Mbombe’s hull can reportedly withstand a 10kg explosive even if it is placed underneath the hull or wheel arch. It also offers rocket-launched grenade protection and additional modules can withstand up to 50kg of explosives from a range of 5m away.

To protect itself, the Mbombe can be fitted with machine guns or an autocannon and has both day and night vision equipment for improved situational awareness. The Mbombe is currently in services with the Jordanian and Kazakh Armed Forces. Denel Land Systems’ Badger infantry combat vehicle is part of a new generation of South African armoured vehicles, which is designed to replace the ageing Ratel model within the SANDF. Completion of delivery of 264 Badgers to the SANDF should occur by 2022, according to the Project Hoefyster contract.

The Badger is a South African-grown variant of Finland’s Patria Armoured Modular Vehicle. It is unique in that it is equipped with an underfloor armour package developed by Land Mobility Technologies, as well as Denel’s modular combat turret. Last but not least on the list of South African armoured vehicles is DCD Group’s Husky 2G, a two-seater variant of the Husky vehicle mounted mine detection range.

Primarily a mine-detection vehicle, the Husky 2G benefits from the integration of enhanced sensors including ground-penetrating radar, video optics suites, and a remote weapon station – hence the need for the second crew member.

Around eight militaries currently use the Husky 2G including the Iraqi, Turkish and Spanish land forces, while the earlier version – the Husky Mk III – is in service with the US Army, US Marines, Canadian Army, Australian Army, and the SANDF.