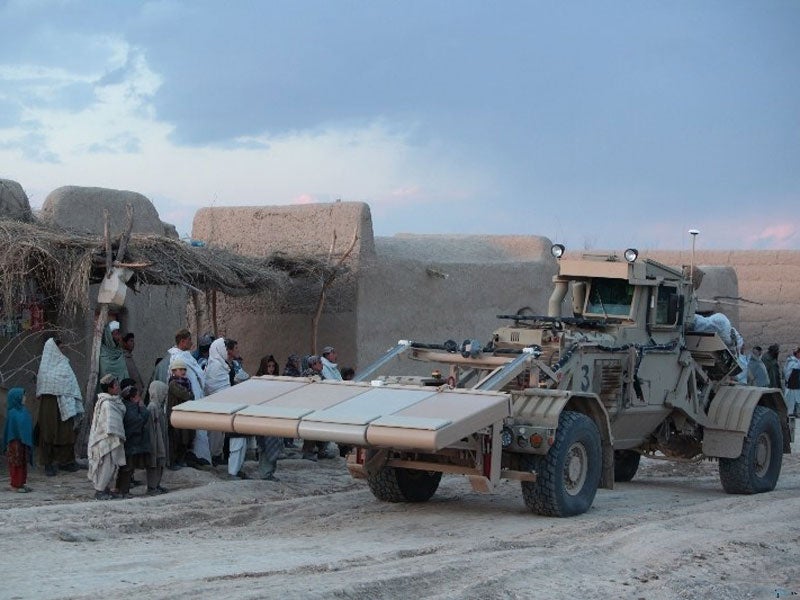 Equipped with a number of sensors, the vehicle is ideally suited for mine-clearing operations including detection, identification and destruction of improvised explosive devices (IED), landmines and other explosive materials.

The Husky 2G is currently operational with the Egyptian Army, Iraqi Ground Forces, Jordanian Army, Latvian Army, Royal Saudi Land Forces, Spanish Army, Turkish Army, and the US Army. It is being marketed through a partnership between DCD PM and US-based Critical Solutions International (CSI).

Orders and deliveries of Husky 2G mine detection vehicle

The Spanish Army placed an order for six Husky 2G vehicles and support systems in November 2012 for use in mine clearing activities in Afghanistan. The contract awardees were NIITEK, CSI and Eleycon 21.

In February 2015, the Iraqi Ministry of Defense acquired the Husky 2G for IED detection and mine clearing missions as part of a $73.5m contract.

DCD PM demonstrated the capabilities of the Husky 2G mine detector during the Africa Aerospace and Defence Show held in South Africa in September 2016.

The US Army Contracting Command placed a $132m long-term contract with CSI for Husky 2G route clearance and counter-improvised explosive device (C-IED) vehicles in March 2017. The vehicles will be delivered to the US and foreign military sales (FMS) customers including Egypt, Saudi Arabia, Jordan, and Latvia. Latvia received three Husky 2G VMMD vehicles from the US in October 2019.

The hull of the Husky 2G 4×4 vehicle is V-shaped and features a modular design, which allows for easy installation and removal of front and rear components.

Husky 2G accommodates two crew members in a double-cabin structure, featuring a 6mm Armox protective wall. The cabin has large armoured fixed-pane glass windows at the front and sides for improved visibility. A roof hatch is provided for the cabin access.

To create a comfortable environment, the cabin is installed with an automatic fire-extinguishing system and a Booyco Engineering air-conditioning system.

With a high-sensitivity metal detector aboard, the Husky 2G VMMD has the ability to detect mines with low metal content.

The RC-PACK is equipped with networked cameras including pan-tilt-zoom and wide-angle fixed cameras to provide 360° situational awareness. It can be optionally provided with thermal and high-definition cameras.

The front-mounted VISOR ultra-wideband ground penetrating radar (GPR) has been developed by NIITEK and is intended for the identification and recognition of targets in real-time.

The vehicle uses FASCAN International’s interrogation arm, equipped with cameras and digging tools, for the inspection and disposal of explosive ordnance. The unit’s day/thermal cameras provide a wide field of view, whereas air/water digger and rake attachments enable the operator to remove explosives.

Frangible sub-systems used in the vehicle minimise the effects of ballistic and blast threats and other kinetic forces.

An automatic fire suppression system aboard the vehicle further improves the crew survivability. The vehicle has the ability to overpass anti-tank mine threats.

Power for the Husky 2G vehicle is derived from a Mercedes Benz OM 906 LA 6.4l, six-cylinder, 201hp turbo diesel engine, which produces a torque of 750Nm.

The engine is coupled to an Allison 2500 SP five-speed automatic transmission system.

With a fuel capacity of 150l, the Husky 2G mine detection vehicle can attain a speed of 72km/h and travel up to a range of 350km.

The vehicle can withstand temperatures from -32°C to 57°C. The maximum gradient and side slopes of the vehicle are 70% and 22% respectively and the fording depth is 0.76m.

DCD Protected Mobility
Since its inception in 1911, the South African company Protected...

Oxley Group Ltd
Oxley has a total capability in the design and manufacture...