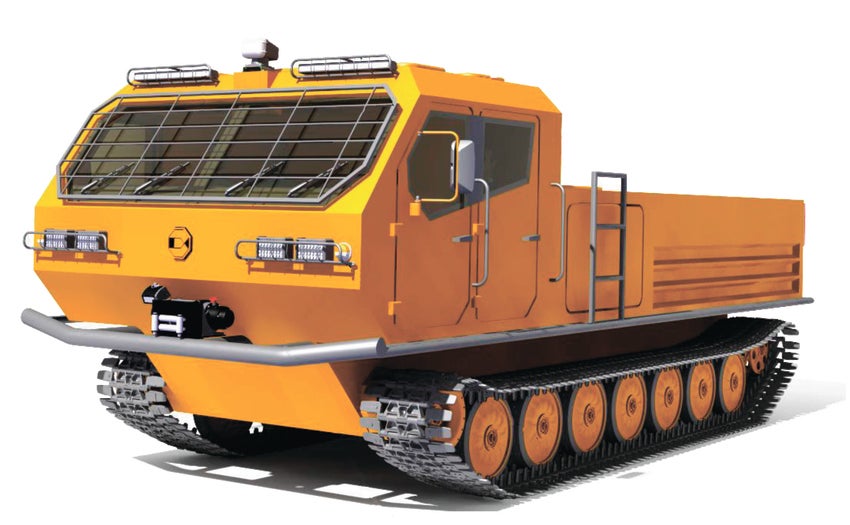 ‘VPK’ LLC (acronym of ‘Voenno-Promishlennaya Kompaniya’ – Military Industrial Company LLC), developed a program for the modernization of MT-LB and MT-LBu crawlers. This was reported by the company CEO Alexander Krasovitsky. “MT-LB and MT-LBu transporter-tractors, which have proven themselves well during their service in the Soviet and Russian armies, as well as in the armies of several foreign countries, have now mostly exhausted their resource. To date, only our country has more than 7,000 such vehicles.

The program is based on the concept of introducing Russian modern components and systems produced by ‘VPK’ LLC, and our strategic partners (Avtodiesel, etc.).

The designers of ‘VPK’ LLC, developed a reasonable and proven program for the modernization of MT-LB and MT-LBu. During the use, they are transformed into tracked snowmobiles for civil purposes. The concept of modernizing transporter tractors is not new. Several domestic companies were engaged in such work. They performed repairs and minor improvements to vehicles.

With a vast experience of creating tracked snow and swamp vehicles, the designers of ‘VPK’ LLC, came to the matter of modernization of MT-LB and MT-LBu more radically. During the modernization, the vehicles are equipped with new comfortable frame-panel cabins with excellent visibility, the ability to house 6 people, a more powerful engine (up to 450 h.p. instead of 240 h.p.) with a modern transmission and a domestic continuously variable turning mechanism, as well as a large convenient cargo platform with a folding rear side. With a load capacity varying from 4 or 5 tons depending on the modification, upgraded MT-LB and MT-LBu will still be able to overcome water obstacles by swimming.

As noted by Alexander Krasovitsky, at the upcoming International military-technical forum “Army-2021” that will take place at the Patriot Congress Exhibition Center of Kubinka near Moscow in late August, the company will present a full-scale model of the new snow and swamp vehicle.

At one of the shooting ranges near Moscow, the developers the “Voenno-Promishlennaya Kompaniya” (Military-industrial Company) LLC...

In the context of a pandemic, VPK LLC restructured its work with foreign customers. Unlike...

The Military Industrial Company (VPK in Russia) is responsible for development, modernisation, and research of...

The Tigr BMA armoured casevac vehicle is designed to search for, collect and evacuate casualties...