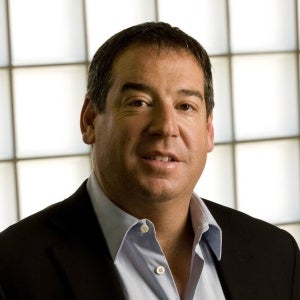 One of Africa’s leading business figures today called for a pan African equivalent to BRICS to drive development across the continent.

On the eve of the 6th Lagos State Economic – BRICS to BRINCS summit Ivor Ichikowitz said that the potential succession of Nigeria to BRICS would signal a positive step but a pan-African BRICS would be a more helpful step for the continent.

Mr Ichikowitz, who owns businesses in the energy, hospitality, mining, and oil and defence sectors across Africa and who in 2011 accompanied South African President Zuma to the BRICS Summit in China as part of the official business delegation, said: "A truly continental body which comprises Africa’s fastest growing nations, the ‘lion economies’, is more important than Nigeria joining BRICS.

"As a fast growing economy Nigeria is a worthy and eligible candidate to join the BRICS community, following in the footsteps of South Africa last year, but it is Africa as a whole which is destined to be one of the most important members of BRICS. I would go even further and suggest that BRICS needs Africa more than Africa needs BRICS."

Mr Ichikowitz said that given BRICS is about joining regions that will have the biggest impact on the world’s economic prospects, and about unlocking the most significant human and economic potential, it seems only natural that Africa come together first.

Mr Ichikowitz continued: "Given this context it becomes even more important for African nations to formally align and harness their growing influence to negotiate their place, collectively, in a changing global economy.

"More than any other external factor, it is the lack of integration between African nations that is holding the continent back.

"By forming a distinct economic grouping, a pan-African equivalent to BRICS, we will build on the good work already done by the African Union. As well as closer economic coordination, the focus also needs to be on improving infrastructure and enhancing trade opportunities.

"An ‘African BRICS’ will help African nations protect their interests in a growing global marketplace, where foreign appetites for expansion and resources will only continue to grow."

Mr Ichikowitz said that South Africa joining BRICS has helped the international community view the country as genuine partner in development, job creation and innovation; but it being labelled the ‘gateway to Africa’ was weak and had not greatly helped other African countries who still have to negotiate independently.

Mr Ichikowitz said: "I have always held the view that South Africa would represent the interests of the whole continent at BRICS but that isn’t really transpiring. South Africa is looking primarily after its own national interests and the benefits of increased trade and investment will have limited impact beyond South Africa’s national borders.

"There is no question that Nigeria joining BRICS will be a positive step. But, before we look abroad, let’s look closer to home and see the same opportunity the rest of the world is seeing – Africa the next frontier of growth, development and driver of the global economy – held back only by a lack of integration, confidence and coordination."