FNSS Savunma Sistemleri A.Ş. is a Turkish joint venture company, with 51% ownership by Nurol Holding of Turkey and 49% by BAE Systems. 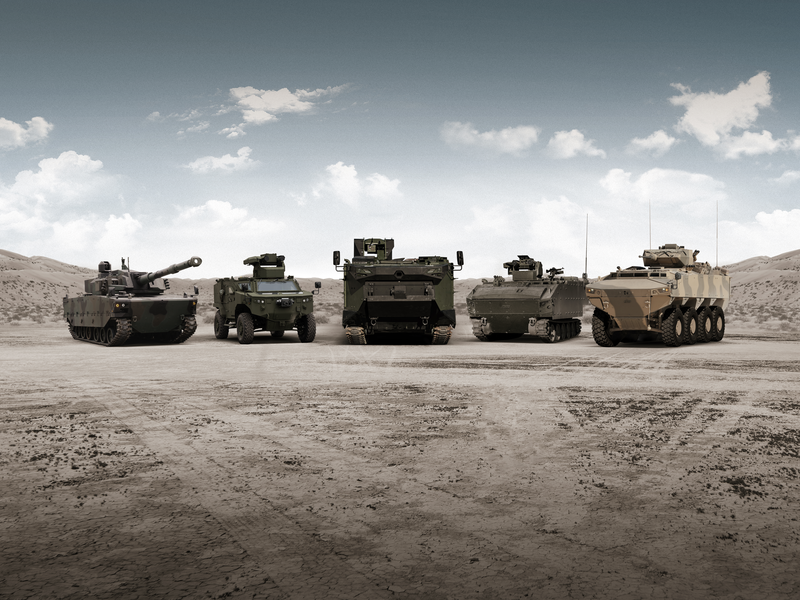 FNSS is an industry-leader in the design and manufacture of tracked and wheeled armoured combat vehicles, combat engineering vehicles, turrets, and sustainability solutions.

FNSS’ competent and dynamic workforce enables the company to develop cutting-edge solutions during the entire product life cycle, from the design phase to the end of service life.

Since launching in 1990, the company has continuously improved the design of its vehicles, as well as its production capabilities in-line with the requirements of its users. The company’s KAPLAN and PARS armoured vehicles are prepared to shape combat vehicle trends well into the 21st century.

FNSS designs and develops customised solutions to meet the individual requirements of each of its clients. Our flexible approach to project management ensures we can deliver a wide range of tailored products within specific time frames.

FNSS’ solutions have undergone extensive endurance testing in the toughest conditions and have consistently proven themselves in combat missions. At FNSS, user satisfaction is a top priority and we strive to ensure that its solutions remain operational beyond their life cycles by addressing new requirements that emerge throughout their use.

We also generate significant value for international users by creating domestic supply chains and supplying in-country training and technology transfer. With 30 years of experience in the defence industry, FNSS continues to develop innovative solutions to add value to its users.

ACV-19 is the name given to a class of 15-19 tonne, modern high-performance vehicles derived from the highly successful FNSS ACV.

The KAPLAN ANTI-TANK is FNSS’ latest generation of armoured fighting vehicle. It has capability of moving together with main battle tanks, taking a 21Hp/ton power-to-weight ratio. The tank platform’s design facilitates a wide range of missions to be performed through the integration of multiple subsystems.

FNSS has collaborated with PT Pindad to design, develop, produce, integrate and test its KAPLAN MT. The Marine Assault Vehicle (MAV) has been specially designed to meet the amphibious armoured vehicle requirement of the Turkish Navy.

These vehicles are launched from landing helicopter docks (LHD) for the beach landing stage of any amphibious military operation and can quickly cover the distance between the vessel and shore. This enables marine units to land under armour protection without any delay. Once ashore, the vehicles can operate alongside other armoured vehicles.

The ACV AD platform features an enhanced power pack performance, as well as an improved suspension capability over the ACV-15 and the ACV-19.

PARS III 6×6 and 8×8 have been specially designed for enhanced mobility, protection, payload and growth potential. The vehicles feature the newest designs and state-of-the-art technologies that focus on the reliability and performance of modern military operational requirements.

The PARS 4X4 has been manufactured to perform special operational roles, including advanced surveillance, antitank and command and control.

The newest addition to the PARS family, the PARS 6×6 SCOUT gets its name from the silent, nimble, predatory leopard that once roamed in Anatolia. This special-purpose tactical wheeled vehicle provides strategic advantages to military personnel, including a high situational awareness feature developed especially for internal security and reconnaissance operations.

The AAAB System is a bridge and ferry solution designed for the quick and secure transportation of land vehicles through the rivers and lakes within the battlefield. As a ferry, the AAAB system can transport a MLC 21 tracked vehicle. When 12 individual AAAB systems are grouped together from ramp to ramp, a 150m bridge can be formed.

AACE is an armoured, tracked, amphibious combat earthmover developed to prepare river banks during river crossing operations. It is suitable for a range of bulldozing, excavating, rough grading, hauling, and scraping applications.

FNNS’ TEBER-30 Two-Man Turret is available in two configurations, this medium caliber turret that can be fitted onto wheeled and tracked armoured vehicles, the same as TEBER-30/35 RCT, which features a medium calibre automatic cannon and an advanced target detection and fire control system.

SABER is a medium calibre one man power operated turret that can be fitted on wheeled and tracked armoured vehicles. SABER turret benefits from the latest technologies in drives, fire control, protection and lethality. Its compact dimensions and light weight makes SABER the ideal choice for a range of armoured vehicles.

Capability and sustainment solutions for the defence sector

The sustainability solutions cover the whole M113 Family of Vehicles (FoV) for mobility upgrades, irrespective of their specific mission equipment. All M113 variants can therefore be supported in terms of logistics and spare parts. The FNSS M113A4 solution is fully compliant with the requirements of a modern reliable M113 FoV.