The CBRN variant provides armed forces with enhanced protection capabilities against CBRN threats. A prototype of the PARS 6×6 vehicle was displayed at the IDEX 2015 International Defence Exhibition and Conference (IDEX) held in Abu Dhabi, UAE.

The PARS CBRN reconnaissance vehicle with standoff detection capability is intended for the identification and detection of chemical warfare agents and toxic industrial materials. It can also be deployed for the detection and identification of biological agents, radiological and nuclear detection, as well as for manual sampling and marking of contaminated area.

The PARS 6×6 CBRN Recce vehicle accommodates up to four personnel including driver, commander and two CBRN operators. An additional seat is fitted to facilitate increased operational capability during CBRN reconnaissance missions. The vehicle is also offered in 8×8 configuration for carrying a larger CBRN team and more equipment.

The engine compartment is located behind the driver between the first and second axles, and the rear hull is fitted with a power-operated ramp. Two thermal and two optical cameras located in the front and rear of the vehicle provide high situational awareness under all lighting conditions.

The PARS CBRN reconnaissance vehicle features three chemical detection units for monitoring the presence of toxic industrial materials and chemical warfare agents within and outside the vehicle. An additional unit can be installed to identify solid or liquid samples in the glove box, but can be detached from the vehicle when conducting dismounted operations.

A gas chromatograph and mass spectrometer unit aboard the vehicle is used to support chemical analysis of samples. The vehicle also features a standoff detection system, which uses laser technology for the detection of chemical objects within a distance of 5km.

The vehicle is capable of performing continuous detection and identification of biological agents within the glove box. Radiological and nuclear detection is carried out by external Gamma radiation detectors, an internal radiation detection device, and individual crew dosimeters.

The PARS CBRN is also equipped with a double-wheel sampling system and an integrated area marking system for performing respectively safe manual sampling and contaminated area marking tasks from within the vehicle. CBRN detection devices on the vehicle are interfaced with the warning and reporting CBRN software to alert the crews of any potential CBRN threats.

“The PARS CBRN reconnaissance vehicle with standoff detection capability is intended for the identification and detection of chemical warfare agents and toxic industrial materials.”

The PARS CBRN reconnaissance vehicle has a remotely-operated stabilised weapon system fitted with a 40mm automatic grenade launcher and a 12.7mm or a 7.62mm machine gun, based on the customer needs.

Protection features of the reconnaissance vehicle

Engine and mobility of PARS CBRN

The PARS CBRN reconnaissance vehicle is powered by a EURO 3-compliant diesel engine, which generates a power of 482hp. The engine is coupled to a fully-automatic transmission unit having six forward gears and one reverse gear. The suspension system is of double wishbone, independent, hydro-pneumatic type.

The power-plant offers a road speed of roughly 100km/h and a speed of 8km/h in water. The vehicle can attain a range of about 700km, has a ground clearance of 0.43m and a kerb-to-kerb turning radius of approximately 7m. The approach and departure angles of the vehicle are 50° and 40°, respectively.

The vehicle can negotiate grades up to 60% and side slopes up to 30%. 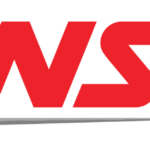