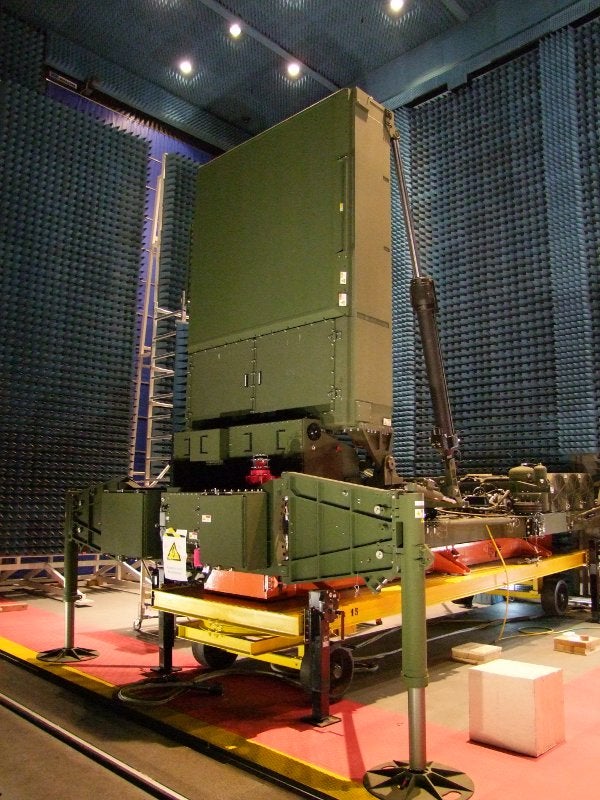 A small test aircraft was acquired and tracked by the UHF low frequency sensor, with the MEADS battle manager then creating cue search commands, enabling the MFCR to search the cued area, acquire and establish a dedicated track of the target during the demonstration.

Demonstrating the radar’s capability in full 360° rotating mode, the trials form part of an incremental test programme, which is scheduled to conclude in a formal flight test at White Sands Missile Range in New Mexico, US, later this year.

MEADS International president Dave Berganini said the demonstration showed the capability of the radars to detect and track threats, and also support an expanded network deployment.

Both radars were kept more than ten miles apart during the testing.

“The MEADS radars offer greater coverage and flexibility, including complete 360° defence to protect military sites and civilians against next-generation threats."

Equipped with plug-and-fight capabilities, the radars are designed to provide threat detection capabilities against highly manoeuvrable low-signature threats, such as short and medium-range ballistic missiles, cruise missiles and other air-breathing threats in the battlefield.

The radars will also serve as nodes on the MEADS network or other future integrated air and missile defence networks, eventually offering increased capability and flexibility to troops.

Managed by MEADS International, a joint project between LFK, MBDA Italia and Lockheed Martin, the system is intended to replace the ageing Patriot missile systems in the US and Germany, as well as the Nike Hercules system for Italian forces.