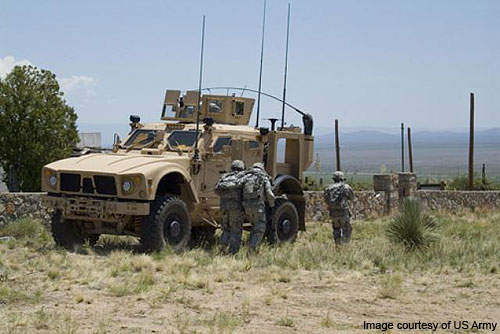 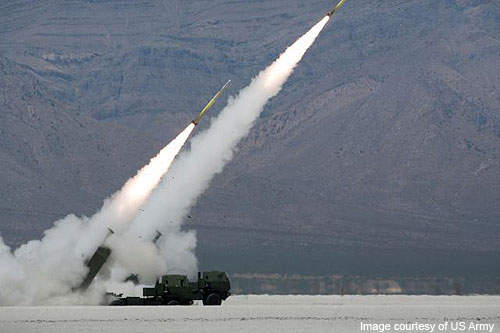 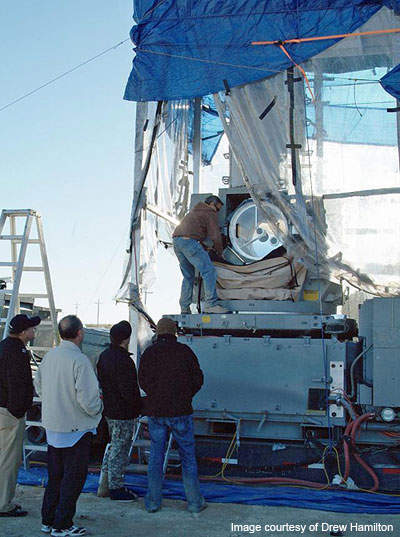 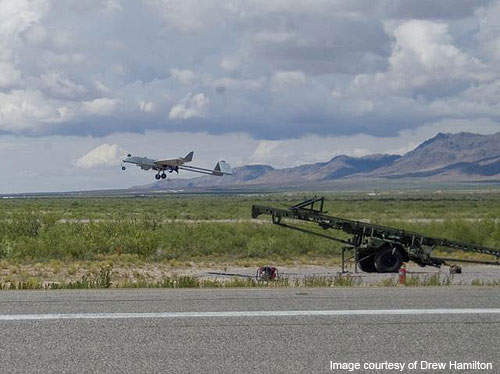 A Shadow UAV is launched at White Sands Missile Range. 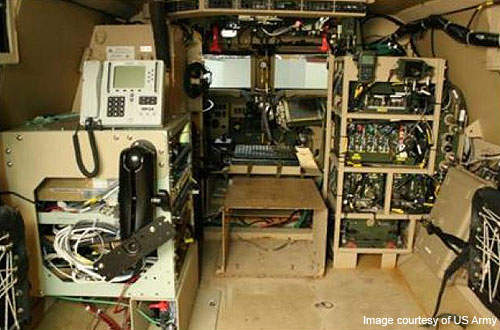 The US Army White Sands Missile Range is the largest military installation in the US. It is located in the southern New Mexico, US, and is home to White Sands Test Centre, where the world’s first atom bomb was test exploded in 1945.

The missile range occupies around 3,200 square miles of area. It is equipped with a range of facilities for testing, research and development, evaluation and training activities conducted by the US Army, US Navy, US Air Force, NASA, other government agencies and private industry.

The plans for establishing the land-based test range were conceptualised in the fall of 1944 in the wake of Robert Goddard’s rocket research and the successful launch of the German-made V-2 rocket. Major General G M Barnes played a major role in the establishment of the missile range. The Trinity (nuclear test) site was selected for missile research in November 1944.

The Trinity site was announced as a national historic landmark in 1975.

The original site plans were concluded in May 1945 and construction began in June of the same year. The main site was divided into four independent areas, allowing for the development of each individually. Some temporary buildings were also moved from Sandia Base in Albuquerque, New Mexico, to the White Sands Missile Range.

“The range is home to White Sands Test Centre, where the world’s first atom bomb was test exploded.”

The construction initially used the water that came from a well close to the new post. The water from desolated mines in the Oregon mountains was used in the construction.

Most of the structures built in 1945 have since been replaced with modern facilities. However, several of the original major facilities, such as missile assembly building and blockhouse, still exist.

The White Sands Test Facility has two operational, laser-levelled runways at White Sands Space Harbour. Each measures 11,000m in length and 91m in width. A third runway allows pilots to practice transatlantic abort landings. The primary runways can accommodate all NASA and large aircraft, such as the C-17, C-5A, B-52 and Boeing 747.

“It is also used as an alternate orbiter landing site and a training area for astronauts participating in shuttle missions.”

It is also used as an alternate orbiter landing site and a training area for astronauts participating in shuttle missions. Shuttle training aircraft such as Grumman Gulfstream corporate jets are stored in a hangar situated 75 miles away at El Paso International Airport. These aircraft are specially modified to simulate the cockpit configuration and flight characteristics of a shuttle orbiter.