As operational requirements change and existing vehicles become increasingly outmoded, the US Army is adapting. The JLTV programme has been tasked with finding a number of purpose-built variants designed specifically to meet the capability gaps left by the ageing high-mobility multipurpose wheeled vehicles.

The design of the HMMWVs, which is now 25 years old, was never expected to see armoured combat. Retrofitted kits may have protected soldiers to an extent, but vehicles vying to be selected have now been purpose-built to confer more survivability from insurgent attacks and road-side bombings.

The US Army and Marines Corps progressed further towards selecting a final design in August 2012, announcing three contracts for the Engineering and Manufacturing Development phase. The three selected proposals – Lockheed Martin, Oshkosh and AM General – will receive $66.3m, $56.4m and $64.5m respectively to develop a number of prototypes for closer analysis and testing.

The chosen vehicles surprised many considering that the Lockheed proposal was the only one to have been selected for a Technology Development phase contract, with other vehicles falling by the way side. The change in tact underpins the US Army’s redraft of what is required by the vehicle in the wake of spiralling costs. The expected cost of a single JLTV has fallen from the 2005 figure of $418,000 to just $250,000, with many manufacturers forced into a rethink about what can be achieved on such a budget. 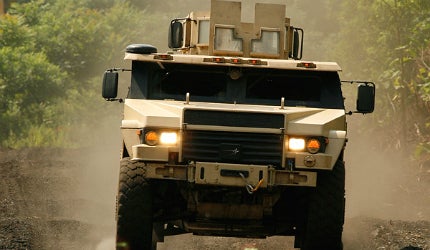 Lockheed Martin was awarded a 27-month contract to continue technology development for the JLTV programme in October 2008, with the company delivering the first two of seven operational JLTVS and one companion trailer to the US Army and Marine Corps for phase testing in April 2010.

Alcoa Defence and JWF – Defence Systems are also involved, with other components being provided by Lotus Engineering and L3 Combat Propulsion Systems, as well as others.

The Lockheed Martin proposal comprises of five test vehicles, including an infantry carrier, utility vehicle, general purpose mobility logistics support vehicle, second generation infantry carrier and a command and control on the move vehicle. Ten technology development vehicles and five companion trailers were delivered to the US Government during the technology development phase. 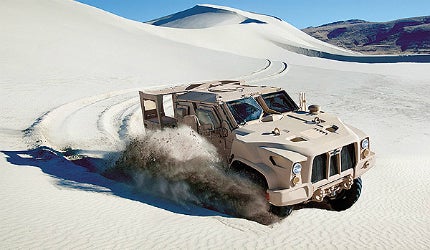 Development of Oshkosh’s light combat tactical all-terrain vehicle (L-ATV) began in 2006 and, despite losing the technology development contract in 2008, a first prototype was unveiled in 2010.

Following the US Army and Marine Corps resetting the programme requirements, Oshkosh re-entered.

The vehicle itself has been developed using technologies proven during ten years of combat in Iraq and Afghanistan, with performance characteristics checked and verified through extensive mission-profile testing. 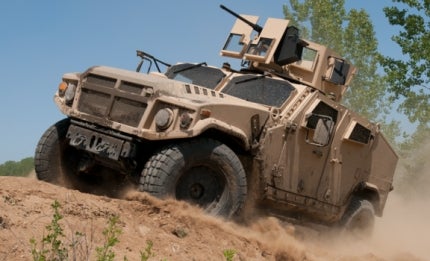 More than 300,000 operational test miles have gone into the development of the BRV-O. Image courtesy of AM General.

The second vehicle to receive an Engineering and Manufacturing Development contract having missed out on a technology development contract, AM General will construct and deliver 22 prototypes to the US Army for testing.

More than 300,000 operational test miles have gone into the development of the BRV-O, with the crew capsule and modular armour already proven effective in government-supervised blast testing. The vehicle’s adaptable design can be altered for specific mission requirements; however AM General’s biggest selling point is likely to be the company’s experience and expertise in developing protected vehicles for warfighters having manufactured the vehicle the JLTV is to replace, the Humvee.

Although the remaining vehicles have not been selected for EMD phase contracts, the manufacturers could still feasibly be selected for the ultimate contract. Nothing prohibits them from developing their respective vehicles at their own expense and offering them to the US Army for the final contract tender, however only Navistar have expressed an interest in this route so far, with Bae already involved in Lockheed Martin’s proposal. 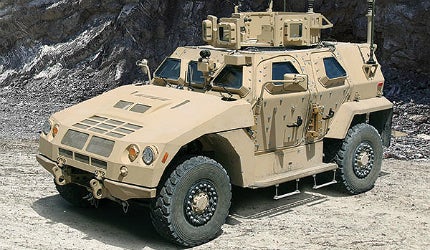 Valanx is a family of vehicles currently being developed by a BAE Sytems-led team for the JLTV programme.

Navistar Defence and Meritor Defence complete the team, which was awarded one of three contracts by the US Army to participate in the 27-month technology demonstration phase of the programme.

Seven prototype vehicles were handed over to the US Army and Marine Corps in May 2010, before Northrop Grumman joined the team in April 2011 to provide C4ISR systems for the Valanx vehicles.

The team submitted a proposal for the Engineering and Manufacturing Development phase of the programme in march 2012, with 22 prototypes and associated equipment due to be delivered for examination.

The Valanx itself is based on a fully integrated, low-risk modular design that can integrate future upgrades and ‘plug-and-play’ advancements. Capable of accommodating four crew members, the vehicle has a payload of 1,587kg and is mounted with an armoured turret that can be fitted with either a 12.7mm or 7.62mm machine gun. 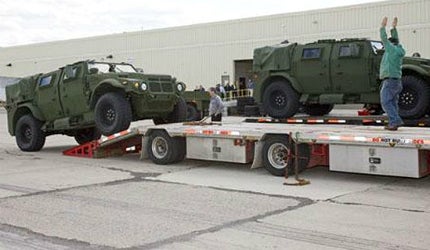 The Eagle JLTV is being developed by General Tactical Vehicles, a joint venture formed by General Dynamics Land Systems and AM General in 2007 to contend for the JLTV programme.

The company won one of three JLTV technology development contracts in October 2008.

GTV submitted its proposals for the Engineering and Manufacturing Development phase of the programme in March 2012. The vehicle itself is a modified, non-development vehicle based upon the combat proven Eagle IV platform.

Developed by Navistar Defense, the Saratoga vehicle was launched at the Association of the United States Army Annual Meeting and Symposium in October 2011. The vehicle was then submitted for the US JLTV programme in March 2012.

A module design has been adopted to allow for the integration of future systems, while the flexible platform enables the manufacturer to develop new variants at low costs, responding to operational requirements of the end user.

The standard Saratoga design has been modified to meet the specific requirements of the JLTV programme.