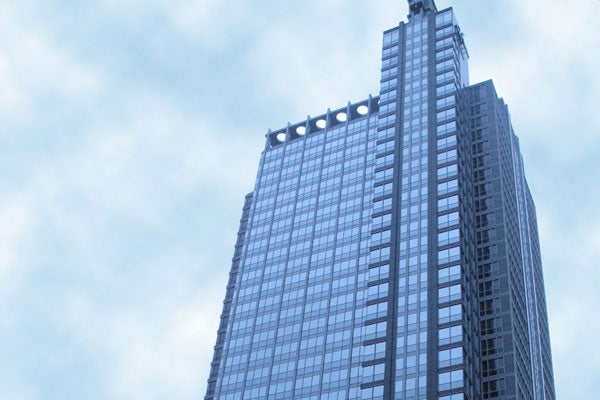 Boeing has emerged as the top defence and aerospace company for 2013 based on H1 2013 earnings. The company’s revenue during the period was $40.7bn, a three percent rise compared to the same period in 2012.

The Boeing Company is headquartered in Chicago, Illinois. Its business segments include Commercial Airplanes; Defence, Space & Security; Boeing Capital; and Shared Services. The company had delivered 476 commercial aircraft, two satellites and 117 military aircraft by the third quarter of 2013.

EADS (European Aeronautic Defence and Space) reported total revenue of $34.25bn for the first half of 2013, supplemented in the main part by its commercial aircraft business. Net income increased by 31%, to $987.2m, for the same period.

The diverse product portfolio of EADS includes commercial and military fixed-wing aircraft and Helicopters, satellites and satellite launchers and global security solutions and systems. EADS, through its subsidiaries and affiliates, delivers cutting edge industry solutions such as Eurofighter Typhoon, A380 wide-body aircraft, A350 XWB aircraft, A330 MRTT and A400M military aircraft.

United Technologies Corporation (UTC) is one of the leading manufacturers of aerospace, defence and high-technology products. The company recorded a total revenue of $30,405m and earned $2,826m profit for the six months ended 30 June 2013.

Headquartered in Hartford, Connecticut, the company operates business units such as Pratt & Whitney, UTC Aerospace Systems, Sikorsky and Otis and UTC Climate, Controls & Security. It employs 218,300 people in more than 4,000 locations across the world.

Lockheed Martin is one of the world’s biggest defence companies offering aerospace, defence, security and information technology solutions. The company reported net sales of $22,478m for the first half of 2013. The net earnings during the same period were $1,620m.

General Dynamics Corporation is a US-based aerospace and defence company offering aircraft, combat systems, Marine Systems and information systems and technology. The company recorded revenues of $15,315m for the first six months of 2013, while the profit for the same period was $1,211m, making it the fifth biggest defence and aerospace company in the world.

The American defence and aerospace company Northrop Grumman reported total sales of $12,398m and net earnings of $977m for the first half of 2013, standing at sixth place. Northrop Grumman offers unmanned systems, cyber, C4ISR and logistics solutions for military and commercial customers.

BAE Systems, a British global defence, aerospace and security company, reported revenues of $12,093m for the first six months of 2013, making it the seventh biggest. The company earned a profit of $631m for the same period.

Raytheon Company is one of the leading suppliers of aerospace and defence products for military, security and civil markets. The company’s total net sales for the first half of 2013 stood at $11,994m, making it the world’s eighth biggest defence and aerospace company. Net income during the corresponding period was $987m.

Finmeccanica, the multinational aerospace, defence and security conglomerate based in Rome, Italy, is the ninth biggest defence and aerospace company in the world. The company recorded total revenue of $10,429m for the first half of 2013, but posted a net loss of $81.3m due to non-recurring expenses.

GE Aviation, an operating segment of General Electric Company, reported revenues of $10,377m in the first six months of 2013, becoming the world’s tenth biggest defence and aerospace company. The Aviation segment earned a profit of $2bn, a 12% raise over the first half of 2012.

GE Aviation is one of the top aircraft engine manufacturers in the world. It supplies marine propulsion solutions as well as a wide variety of jet engines and components for commercial and military aircraft. The company is headquartered in Cincinnati, Ohio, and maintains an employee base of 39,000.

Intercontinental Ballistic Missiles (ICBMs) are a major nuclear deterrent and only a few nations possess the technology to launch such long-range weaponry.