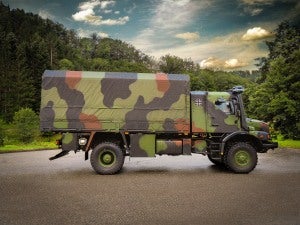 On 12 May 2014, DOLL was given an official certification document in accordance with AQAP 2120 by the German Federal Office BAAINBw. Consequently, the Germany based trailer manufacturer counts among only a small number of companies in the mid-size segment fulfilling the NATO quality requirements for production.

For many years, valuable production processes at DOLL have been certified according to DIN ISO 9001, which is the basis for the military quality requirements specified by NATO. The recently acquired AQAP 2120 does not only complete the ISO code but also confirms that DOLL has implemented and applied standards in terms of quality as far as platform bodies and semi-trailers for military transport solutions are concerned.

The certification according to AQAP 2120 will now be the fundamental for new orders placed by the armed forces, creating considerable competitive advantages for DOLL on the one hand and letting the company be on a par with the standards of important defence suppliers and OEMs on the other hand.