Armies are increasingly reliant on equipment, but operational capability still depends on people. The advancement of technology not only changes the ways wars are fought but also alters the ones fighting them. That can only mean one thing: training needs to change too. 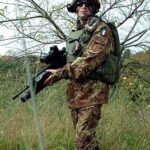 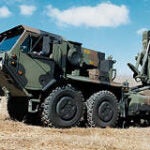 Inzpire director of operations John Priest tells Global Data Technology: “We can do any tactics, any environments, at any time. We have all the classroom infrastructure we need, and our subject matter experts (SME) can cycle through them and deliver any of the courses.”

All ground training takes place in Sintra, with the flying phase happening at some point in October 2021 in Hungary with six aircraft.

Most aircraft manufacturers teach crew how to fly their products after buying them, but Inzpire wants to take it further.

“The idea wasn’t to teach crew how to fly the helicopter, but how to fight as a crew. Within 20 minutes you can fly up-down, left-right. The cockpit is very easy to learn, and then you look outside, and you find the opponents. But, of course, the syllabus ramps up in complexity and it’s about the whole package” says Priest.

The Whole Training Solution is built on a four-step training approach: customer intimacy, SME, courseware development, synthetic training solutions and mission planning support. Inzpire , however, believes customer intimacy is one of the key aspects of their programme. That is to listen to the customer’s needs, talk through the training after every single course and try to improve them.

Priest adds: “The primary objective for the wraparound package is the customer intimacy, building trust and relationship, long term, so that we work as a partnership, not just supporting the courses.”

The software and hardware were developed in collaboration with aviators and engineers. In one of its recent courses, Inzpire increased the fidelity of the gunnery projection. This enables it to expand into weapons training and soon will embed judgmental training, too.

The customer-oriented system focuses on building the training programme around the requirements and not replicating the same training for every customer.

Typhoon pilot and Inzpire head of technology delivery Steve Phuket says: “The important thing that we recognise with this system is that the simulator that we deliver at the start of the training will probably not be the same simulator at the end of the programme. Your training requirement and tactics will change; the simulator has to be able to change with that.”

Inzpire designed two whole crew, targeted fidelity, fixed-base helicopter simulators. The full cabin is linked to the cockpit, so instructors can pause the mission and discuss with the crew.

Since the contracts are awarded by the EDA, the programme is multinational.

Priest explains: “If the Portuguese, for instance, got deployed to Africa between the courses, we can change the environment and the target of fidelity means we can build that town, our exercise area and that particular war zone. Targeted fidelity also applies to the hardware and software.”

The company believes the combination of customer care, SME quality, hardware and software flexibility produces a product that will stand the test of time.

The UK Ministry of Defence (MOD) awarded a contract for its Project Selborne training programme to an industry consortium led by Capita and including Raytheon UK, Elbit Systems UK and Fujitsu in December last year. The scheme sets out to bring together contractor-provided legacy contracts and in-house service provision into a single arrangement delivering all levels of Royal Navy personnel training.

Raytheon UK is responsible for all core customer training. Half of the business – about 1,000 people – is spread across 11 sites in the UK. The company takes a fundamental service provided by its customers, whether that is in cyber, IT or any Raytheon UK products, to the UK MOD and focuses on understanding the mission of its customers.

“Then we bring the training automation element that we have from our decades of training background and bring these two things together to really change the way people learn,” head of cyberspace and training at Raytheon UK James Grey tells Global Defence Technology.

He believes there is a great opportunity in understanding the outcomes that are desired and derive a series of training analyses, which end up changing how skills are delivered.

Large parts of training in defence are typically delivered in a classroom by experts who have retired from their respective armed forces careers. Raytheon does not want to replace that but, as society, technology and forces evolve, the need to implement new methods is unavoidable.

Grey explains: “We have recruits that are now joining aged 17 or 18 who have learned much of what they know through their smartphones, YouTube or gameplay. We’re trying to bring that into the service. So, 25% of sales is all about how we evolve those existing courses into new ways of learning, which we’ll be delivering over the course of the programme.”

Students tend to prefer hands-on experience over classroom teaching, and the former often proves more effective. Providing the funding for one-to-one supervision, however, can often be challenging.

“How we can import that same knowledge that will enable the same retention of knowledge, but without perhaps all of that upfront cost, is what we want,” Grey says.

Raytheon UK is planning to carry over some part of the Selborne partnership to other areas of future British Army and Raf training.