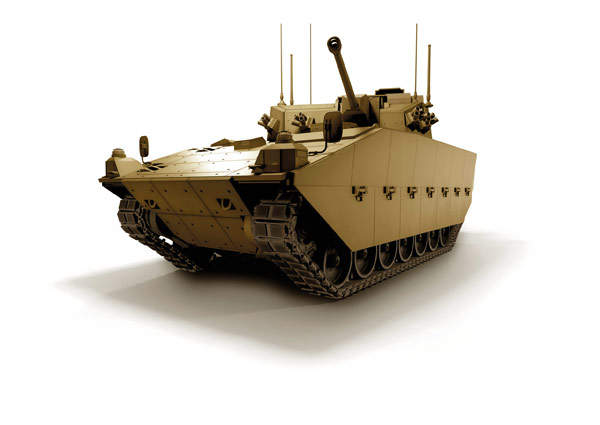 Scout SV is a reconnaissance variant from General Dynamics developed for the FRES SV programme. 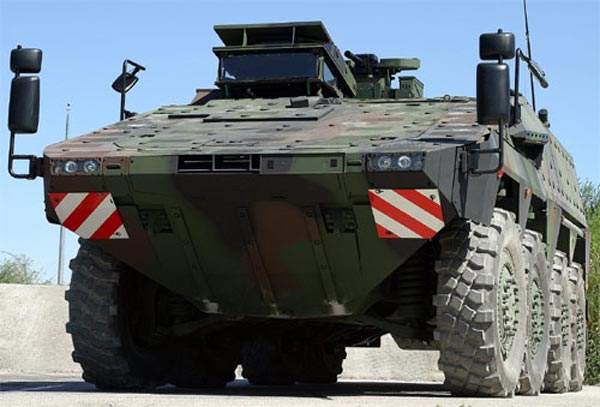 The ARTEC Boxer is scheduled to enter service with the German Army in 2009 and is one of three vehicles selected to take part in the FRES utility vehicle Trials of Truth. 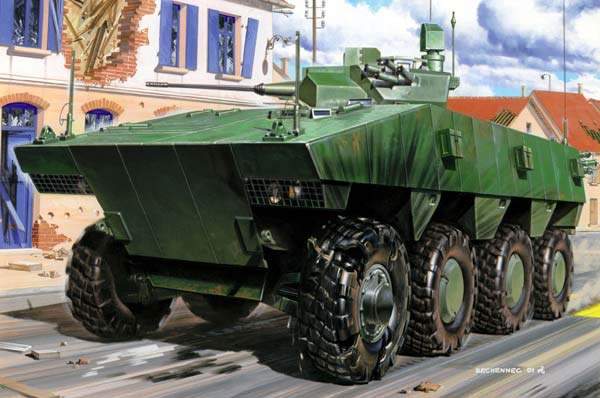 The VBCI from Nexter has been selected for the French Army and is planned to enter service in 2008. The vehicle took part in the FRES utility vehicle Trials of Truth in the summer of 2007. 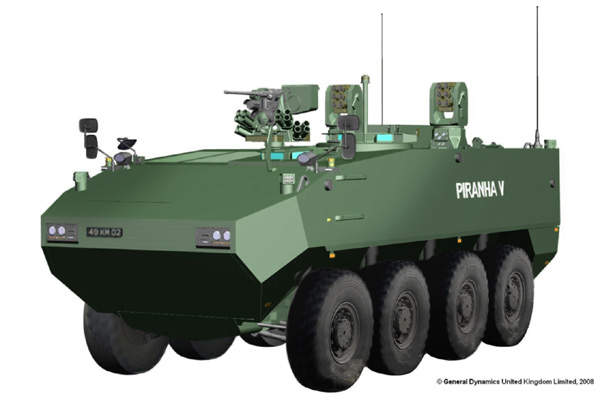 Piranha V was selected by the UK MoD in May 2008 as the preferred design for the utility vehicle of the future rapid effect system (FRES). 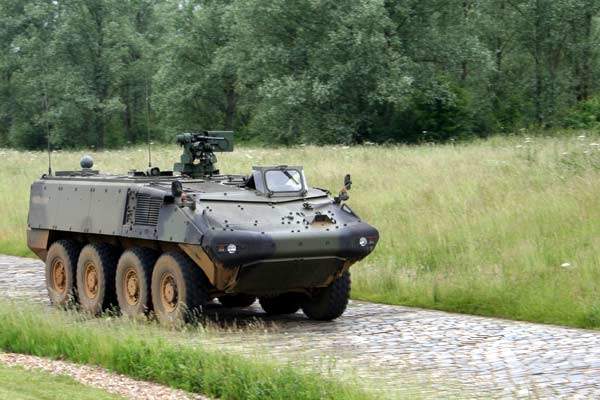 The Piranha Evolution is an interim design and forms the basis for the development of the Piranha V. 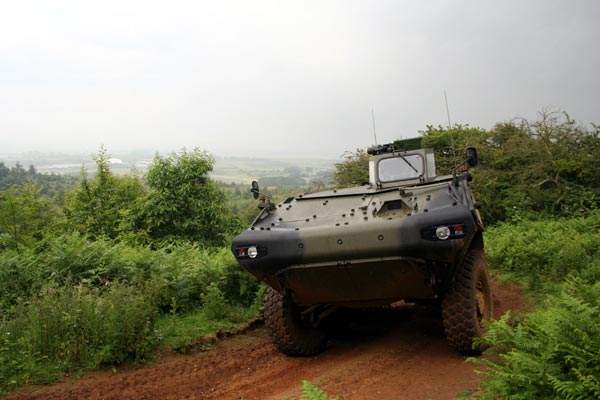 The Piranha Evolution took part in the FRES 'Trials of Truth' conducted in 2007 at the Armoured Trials and Development Unit, Bovington. 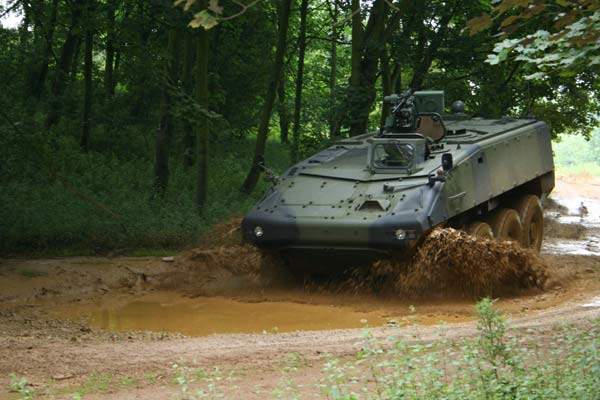 The 2007 trials of Piranha Evolution demonstrated the potential of Piranha V to meet the FRES threshold requirements. 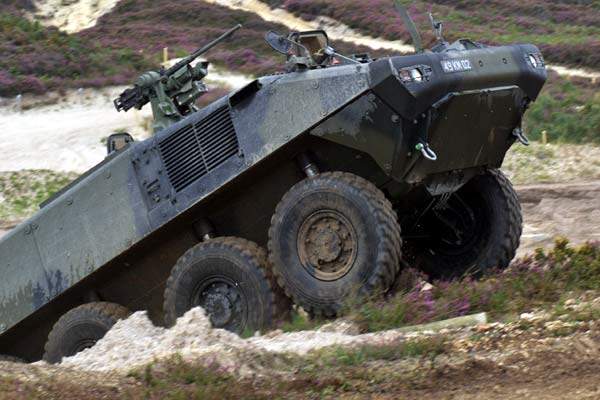 The UK’s future rapid effects system (FRES) programme includes five families of medium-weight vehicles, in at least 16 variants, and the procurement of an estimated 3,300 vehicles. The FRES vehicles were to meet the army’s long-term needs for new medium-weight armoured fighting vehicles and will be deployed on rapid intervention, enduring peacekeeping and peace enforcement operations and support to high intensity, major combat operations.

The five vehicle families are utility, reconnaissance, medium armour, manoeuvre support and basic capability utility vehicles. The requirement, first announced in 1998, was for 3,700 vehicles, but by 2006 this had been reduced to 3,300 vehicles.

The £13bn FRES programme was the highest priority equipment programme within the British Army. The whole-life cost was estimated at up to £60bn. The utility vehicles were to include 1,700 to 1,900 wheeled 8×8 vehicles from 25t to 30t, accounting for 60% of the number of FRES vehicles and about 50% of the programme costs.

The specialist FRES vehicles – reconnaissance, medium armour and manoeuvre support families – would consist of about 1,500 vehicles, 40% of the FRES vehicle total and 50% of the cost. The fifth family, basic capability utility vehicles, were not be to a full FRES specification and would be procured separately from the FRES programme.

In November 2006, the UK Ministry of Defence announced that an alliance arrangement would be put in place for FRES, similar to the UK CVF aircraft carrier alliance. The FRES Alliance is led by the MoD with the support of an industrial system of systems integrator (SOSI) and a group of three industrial teams for each of the FRES vehicle families. The industrial teams for each vehicle family included a vehicle integrator, vehicle designer and vehicle manufacturer.

The vehicle integrator was to carry out the integration of the complex systems into the vehicle platform. These include communications, command and control, vetronics (vehicle electronics), sensors, weapons and defensive aids systems.

The FRES system of systems integrator (SOSI) would be responsible for integration across all the FRES vehicle families and interoperability between FRES vehicles and other UK armed forces systems. The SOSI would also carry out system engineering, capability integration, and programme and design management.

Companies which registered interest in the SOSI contract in early 2007 included BAE Systems, Lockheed Martin UK (teamed with Ultra) and Thales (teamed with Boeing). In October 2007, the UK MoD announced that Thales UK, in partnership with Boeing through its Boeing Defence UK subsidiary, had been selected as the preferred bidder for the role of System of Systems Integrator for the FRES programme. The SOSI contract was awarded to Thales / Boeing in January 2008.

The UK 1998 strategic defence review identified the British Army’s requirement for a new fleet of medium-weight vehicles. The FRES programme remained a concept for about six years. Delays were mainly due to an inability to define the changing requirements and an acceptable procurement strategy.

"The £13bn FRES programme was the highest priority equipment programme within the British Army."

By 2004, it was decided that the FRES programme would be structured and managed in overlapping phases, with an assessment phase from 2004 to 2009, a demonstration phase from 2007 to 2012 and acquisition approval and manufacturing phase in 2010.

An initial assessment phase led by the systems house, Atkins, was started in 2004 and completed in 2007.

A series of technology demonstrator programmes (TDPs) was launched in order to reduce risks before the main gate decisions on FRES. The contracts were placed under the FRES integrated technology acquisition plan (FRES ITAP). The aim of the TDPs is to establish evidence on the maturity of technologies for early FRES vehicles or for later capability upgrades.

In August 2005 General Dynamics UK was awarded an 18-month contract for the FRES chassis concept (electric drive) TDP (August 2005 to March 2007). The development programme was based on the in-hub electric drive and hybrid power system of GD’s advanced hybrid electric drive (AHED) 8×8 wheeled demonstrator. The AHED mobility trials were carried out in April 2006 at the Bosch Automotive Proving Grounds, South Bend, Indiana.

"The FRES programme remained a concept for about six years."

The MoD’s Defence Science and Technology Laboratory (DSTL) was awarded the TDP stowage and capacity contract (February 2005 to May 2006).

In October 2008, Lockheed Martin UK was awarded a study contract for the turret and mission systems of the FRES scout vehicle (FRES SV) variant. The study is to conclude in January 2009.

The formal launch of the specialist vehicle assessment phase was scheduled for 2009. The specialist FRES vehicles include the reconnaissance, medium armour and manoeuvre support families of vehicles. By the fourth quarter of 2007, the MoD had placed a number of scoping contracts with industry.

In March 2010, the MoD announced that General Dynamics UK had been awarded a development contract to build the FRES SV with trials to start in 2013.

In July 2010, the UK Ministry of Defence (MoD) awarded a £500m ($780m) contract to develop seven prototypes of the ASCOD SV – three Scout, repair and recovery versions and an infantry carrier variant – for the demonstration phase.

The first variant of the FRES family to enter service was to be the FRES utility vehicle, initially for protected mobility, command and control, light armoured support, medical, repair and recovery and driver training roles. Later FRES utility vehicles were to include specialist communications, electronic warfare and sensor vehicles.

The UK Ministry of Defence (MoD) announced the provisional selection of General Dynamic’s Piranha V as the preferred design for the FRES utility vehicle in May 2008.

However, in December 2008, this preferred bidder status was withdrawn, the UK MoD citing failure to achieve agreement on commercial conditions. The MoD decided to restructure the programme. The utility vehicle competition would be restarted at a later date and the MoD stated that General Dynamics would be free to enter a revised bid.

A decision on the future of the FRES utility vehicle programme was due in the UK Government’s 2010 Strategic Defence Review, however no announcement was made. On 9th October 2012 The Telegraph newspaper quoted a senior Ministry of Defence source as saying: "FRES is dead in the water. It’s a dead duck. It is the definition of everything that is wrong with the MoD’s procurement process."

The competition to select the utility vehicles designer was known as the Trials of Truth. In June 2007 three vehicles were selected to be trialled in the Trials of Truth – the ARTEC Boxer from Germany and the Netherlands, General Dynamics and Mowag Piranha Evolution and Nexter’s vehicule blinde de combat d’infantrie (VBCI) from France.

The VBCI from Nexter has been selected for the French Army and entered service in 2008. The ARTEC Boxer entered service with the German Army in 2009. The Pirhana Evolution from General Dynamics and Mowag was a development vehicle that will led to the next-generation Piranha V.

The Trials of Truth examined the vehicles’ capability potential in protection, capacity, mobility and growth through life. They were carried out at the MoD’s Armoured Trials and Development Unit at Bovington over three months from July to September 2007 and completed on schedule. A recommendation was produced and by the end of November 2007 work was underway to clarify the commercial implications of the proposals prior to a planned announcement of the preferred design.

"By 2004, it was decided that the FRES programme would be structured and managed in overlapping phases."

In May 2008, General Dynamics United Kingdom Limited was selected by the UK Ministry of Defence as the provisionally preferred bidder for the utility vehicle design (UVD). However, in December 2008, this preferred bidder status was withdrawn, the UK MoD citing failure to achieve agreement on commercial conditions.

The three contenders that were not included in the Trials of Truth were: the integrated demonstrator vehicle from BAE Systems, the armoured modular vehicle from Patria and the VCI from Iveco.

The FRES vehicles were to be very much more complex than current vehicles and also needed to interface to other programmes and systems such as the A400M transport aircraft, the FIST soldier system, Bowman and other command, control and communications systems.

The requirement for FRES were revised to include an increased level of protection against improvised explosive devices and rocket propelled grenades. As a result the FRES vehicle weight increased from 17t to typically 25t to 30t.