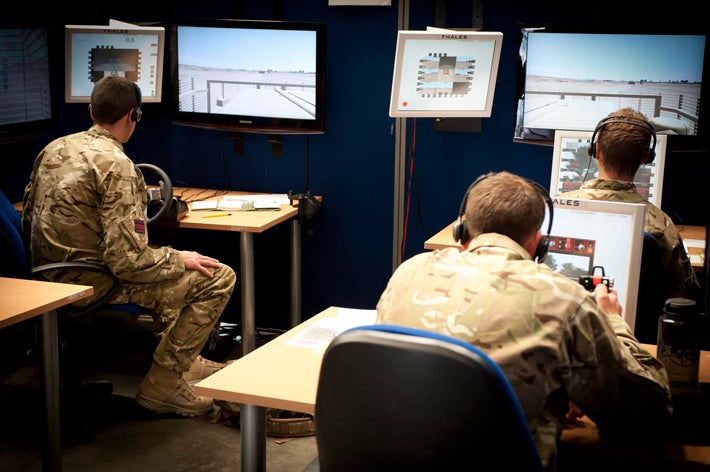 The British Army has taken delivery of the Thales Talisman Training System (T3S) from Thales UK to help support the Royal Engineers’ interactive training, prior to the system’s deployment in Afghanistan.

Delivered as part of a contract secured in mid-2012, the trainer will be used by the UK Ministry of Defence’s (MoD) Talisman Training Advisory Team (TTAT) for enhanced pre-deployment training to prepare soldiers to effectively use the system for combat logistic patrols in Afghanistan.

Specifically designed to enhance crew interaction and enable practicing of tactics, techniques and procedures, the system also supports integration of evolving threats and testing responses in an effort to bridge the gap between individual equipment-oriented training and live collective training.

Thales has delivered three T3S systems to locations in the UK and Germany to date.

Talisman is an advanced system consisting of manned and unmanned vehicles that operate together as a system to investigate mines and improvised explosive devices on military supply routes in the battlefield.