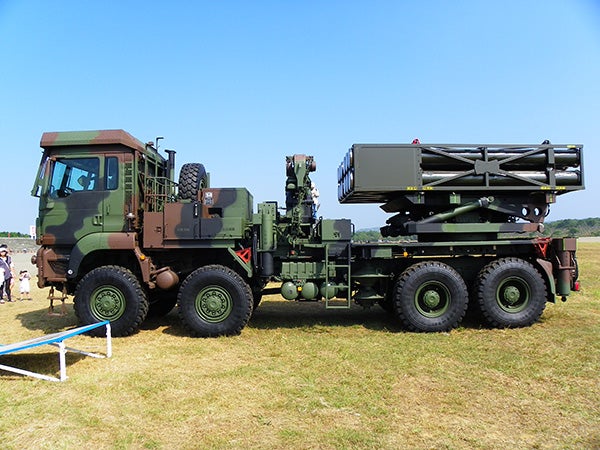 The Taiwanese armed forces are conducting the annual Han Kuang series of military exercises, in an effort to validate their joint combat readiness in the wake of increasing tensions with China.

Scheduled to conclude on 19 April, the two-stage exercise involves participation from approximately 7,682 personnel from all three military services, and also features a live-fire anti-landing drill on the island of Penghu, Taiwan.

Featuring the public debut of the recently delivered Thunderbolt-2000 multiple rocket launcher system (MLRS), the drill aims to evaluate the military’s ability to counter possible amphibious landing assaults and defend an offshore island against an attack by mainland forces.

Eighty one rockets are scheduled to be fired from nine truck-mounted launchers during the drill, which marks the first time live ammunition has been included in the exercises since 2008.

The Taiwanese Navy is participating with a Chengkung-class frigate and Kuang Hua VI fast-attack boats, while the air force has deployed its F-16A/B Fighting Falcon, F-CK-1 Ching-kuo indigenous defence fighter (IDF), as well as the F-5E fighter for the exercise.

“Eighty one rockets are scheduled to be fired from nine truck-mounted launchers during the drill."

Taiwan Ministry of National Defence (MND ) officials were cited by Taiwan Today as saying that the drill also features anti-airborne operations and amphibious landings, as well as mechanised infantry and support manoeuvres, and live-fire manoeuvres.

The exercise represents first part of the Han Kuang drills, while the second part featuring computer-assisted war games to test and strengthen the country’s information and electronic warfare capabilities is scheduled to take place from 16 to 20 July.

Taiwan Defense Spends on Training and Simulation: 2016 to 2024