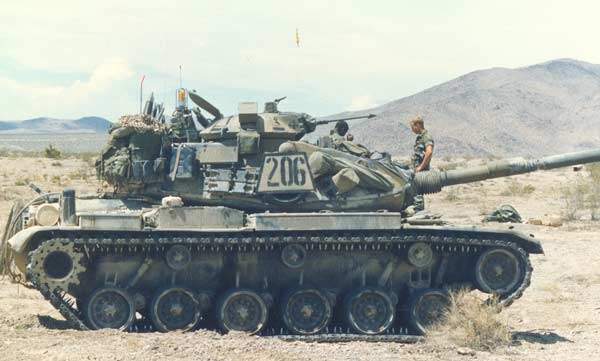 Over 15,000 M60 main battle tanks have been produced for the armies of 22 countries. 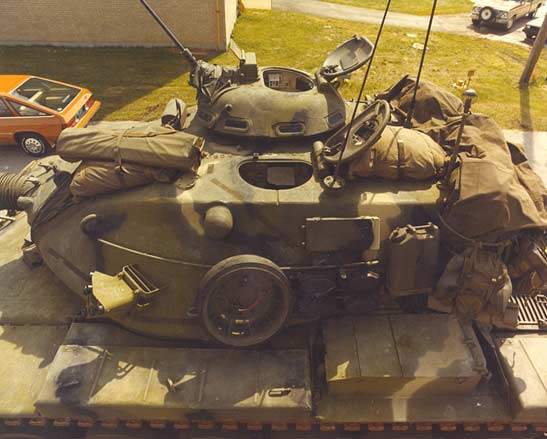 The fully stabilised main gun is the 105 mm M68 rifled gun with 63 rounds of ammunition. 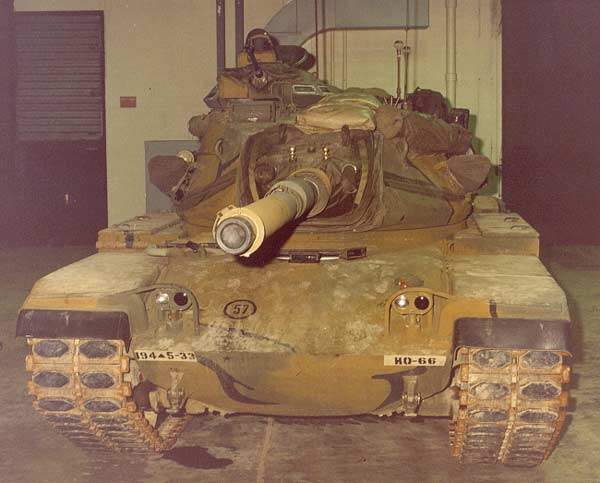 The ballistic fire control computer allows accurate engagement against moving targets while the tank is on the move. 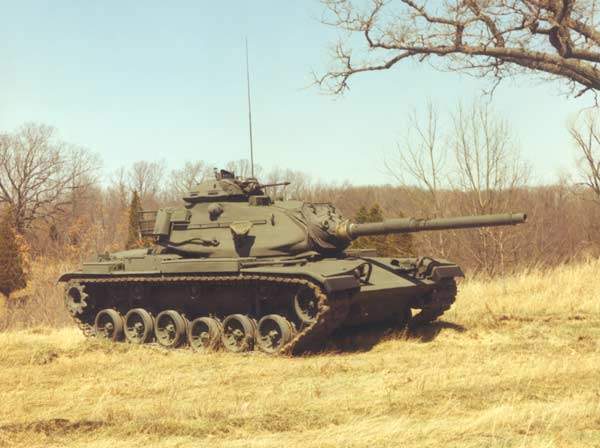 The M60A3 achieves a maximum cross-country speed of 10mph to 12mph and up to 30mph roadspeed. 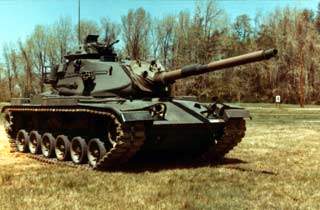 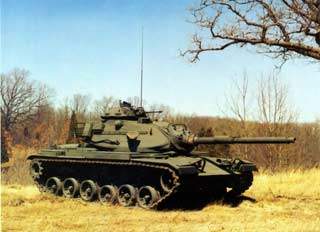 Two six-barrelled smoke grenade launchers are fitted on ether side of the turret. 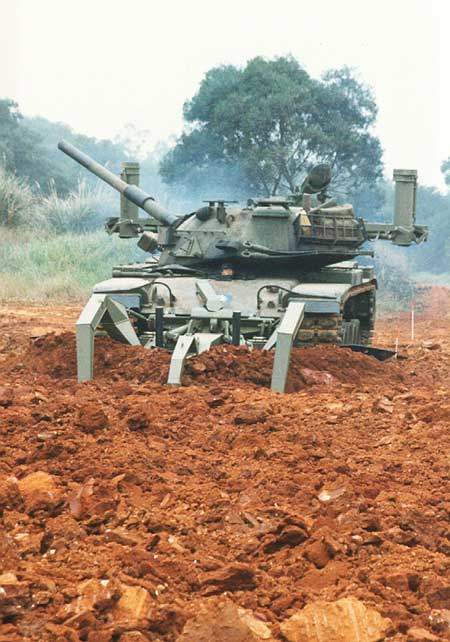 M60 tanks have been fitted with mine clearance systems for use in wartime and in post war periods for the reclamation of land for safe use.

The M60 is one of the world’s most successful main battle tanks with 15,000 having been produced and serving in the armies of 22 countries.

The tank has provided proven battlefield performance over four decades and has been continuously advanced and upgraded with advanced weapon control, ammunition, applique armour and increasingly powerful engines. The M60 series main battle tanks of Egypt, Saudi Arabia and the US were deployed in Operation Desert Storm in 1991 during the Gulf Crisis.

M60 tanks entered service with the US Army in 1960. The M60A1 with a new turret, thicker armour and a new ammunition stowage system, was manufactured from 1962 to 1980. The development of the M60A2 with a new turret fitted with a 152mm gun and missile launcher was halted and effort was directed to the development and production of the highly successful M60A3, which incorporated improvements to the gunfire control and entered service in 1978.

The manufacturer, General Dynamics Land Systems Division, has ceased production of the tank but continues to provide fleet management support to the US Army Tank Automotive Command and to user countries worldwide.

The US Army phased M60A3 out of service in 1997 and it was superseded by M1 Abrams, a third-generation main battle tank.

An international team of contractors have developed an upgrade package for the M60 tank and for the M60 armoured vehicle launch bridge. The team includes General Dynamics Land Systems based in Sterling Heights, Michigan, Allison Transmission in Indianapolis and Nimda Company based in Givataim, Israel.

“The M60 is one of the world’s most successful main battle tanks.”

GDLS has built a prototype of the 120S MBT, which is an M1A1 turret mounted on an upgraded M60 chassis. The 120S is armed with a 120mm M256 smoothbore gun and has a computerised fire control system.

Raytheon upgraded 180 M60A3 tanks of the armed services of Jordan with the integrated fire control systems (IFCS), which took the tank to Phoenix level 1 standard.

The main gun is the 105mm M68 rifled gun with 63 rounds of ammunition. The gun is fully stabilised in the elevation and traverse axes, and is fitted with a thermal sleeve. Both gunner and commander are able to fire the gun and select the type of ammunition to be fired. The coaxial weapon is the 7.62mm M240 machine gun.

The tank has two smoke generation systems, an engine exhaust smoke system which sprays fuel into the exhaust manifold, and two six-barrelled smoke grenade launchers which are fitted on ether side of the turret.

The tank’s M21 fire control computer senses the type of ammunition, which has been selected. The gunner provides the input data for the air temperature and pressure. Other input data is downloaded from various sensors: the target range from the laser rangefinder and cant, crosswind, and inertial tracking rates from the gun stabilisation unit. This allows accurate engagement against moving targets while the tank is on the move.

The Continental AVDS-1790-2C 12 cylinder air-cooled diesel engine provides 750 bhp at a rotational speed of 2,400rpm. The M60A3 achieves a maximum cross-country speed of 10mph to 12mph and up to 30mph roadspeed. The cruise range is 312 miles.

The vehicle is able to negotiate vertical steps up to 36in, gradients up to 60% and side slopes up to 30%.

The ballistic-shaped turret is cast while the hull is cast and welded. The crew are provided with a nuclear biological and chemical warfare protection system and a fire detection and halon gas fire extinguishing system.

M60 tanks have been fitted with mine-clearance systems for use in wartime and in post-war periods of de-escalation of hostilities for the reclamation of land for safe use. The Pearson engineer mine plough contains a magnetic signature device, the Demeter, to explode magnetically influenced anti-tank mines ahead and to the side of the vehicle. At each side at the rear of the M60 tank the Pearson Pathfinder minefield marking system marks the cleared safe lane.