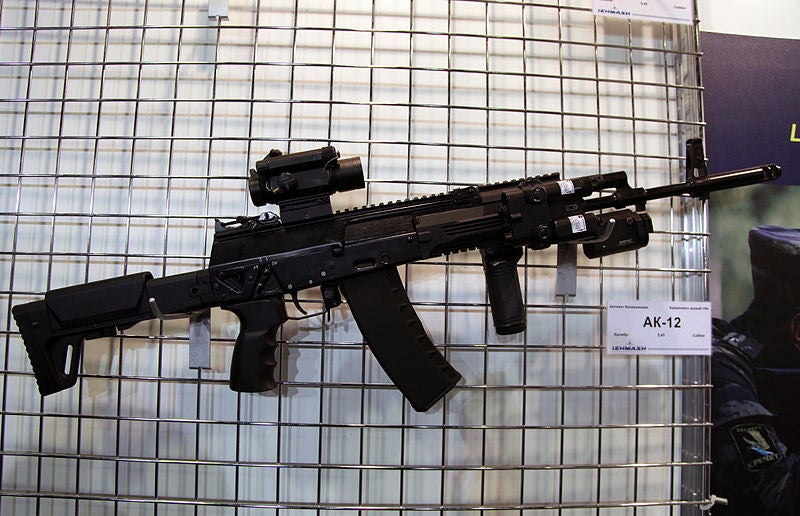 Trials will validate the rifle’s effectiveness after exposure to freezing temperatures, desert heat, humidity, as well as dust and other environmental impacts, according to RIA Novosti.

Izhmash chief designer Vladimir Zlobin said that testing would start in early 2013 and be complete by July the same year; he went onto claim that the Russian Armed Forces and certain foreign customers have also shown interest in acquiring the weapon.

Serial production of the rifle is scheduled to begin by the end of 2013, Zlobin added.

"The tactically flexible AK-12 assault rifle retains almost all of the AK-74’s features and overall layout, with enhanced technology."

However, in January, Russian deputy defence minister Alexander Sukhorukov announced that the military would not procure the new rifle, as it already possesses a surplus of some 17 million AK-74s.

Also known as AK-200, the tactically flexible AK-12 assault rifle retains almost all of the AK-74’s features and overall layout, with enhanced technology.

Capable of firing foreign-standard barrel-mounted grenades in three different modes, the rifle features a folding stock and a height-adjustable heelpiece.

The gun is also fitted with Picatinny rails to support attachment of modular accessories, such as optical and night-sights, grenade launchers, target indicators and other special equipment.

Configurable for cartridges varying from 5.45×39 to 7.62x51mm Nato standard, the rifle is also designed to serve as a basic platform for development of AK-12U carbine, PPK-12 submachine gun, SVK-12 sniper rifle RPK-12 light machine gun and several other export versions.