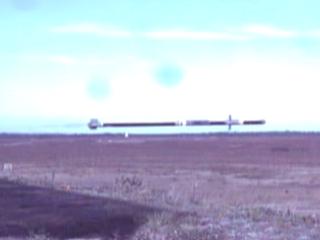 Lockheed Martin’s direct attack guided rocket (DAGR) missile has successfully demonstrated its ability to launch from a ground vehicle during a series of test flights at Eglin Air Force Base in Florida, US.

During testing, a DAGR missile and two unguided Hydra 70 rockets were launched from a pedestal launcher that was mounted in the bed of a company’s Joint Light Tactical Vehicle (JLTV) prototype.

"DAGR delivers a high-precision defensive capability to the surface combat arena when paired with the pedestal launcher and a mobile ground platform like the JLTV."

The missile flew 5km down range after locking onto the laser spot two seconds following launch, and hit the intended target within 1m of the spot.

The Hydra 70 rockets also travelled 521m and 2,600m respectively, following launch down the centre of the range by the pedestal launcher that features four M299 launcher rails, associated cables and electronics and possesses full-compatibility with Hellfire II and DAGR missiles.

Image: A direct attack-guided rocket missile during testing at Eglin Air Force Base in Florida, US. Photo: courtesy of B4Ctom1.