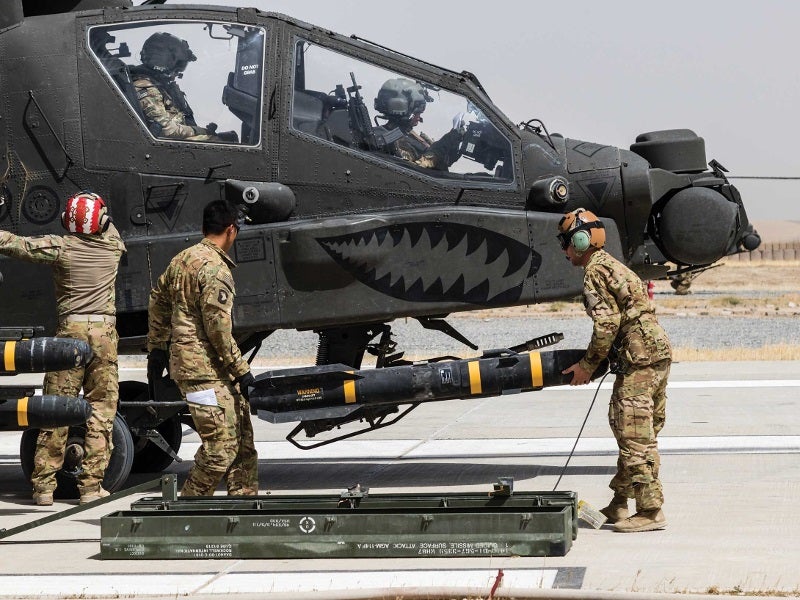 The AGM-114 Hellfire missiles are manufactured by Lockheed Martin. Image courtesy of USAASC. 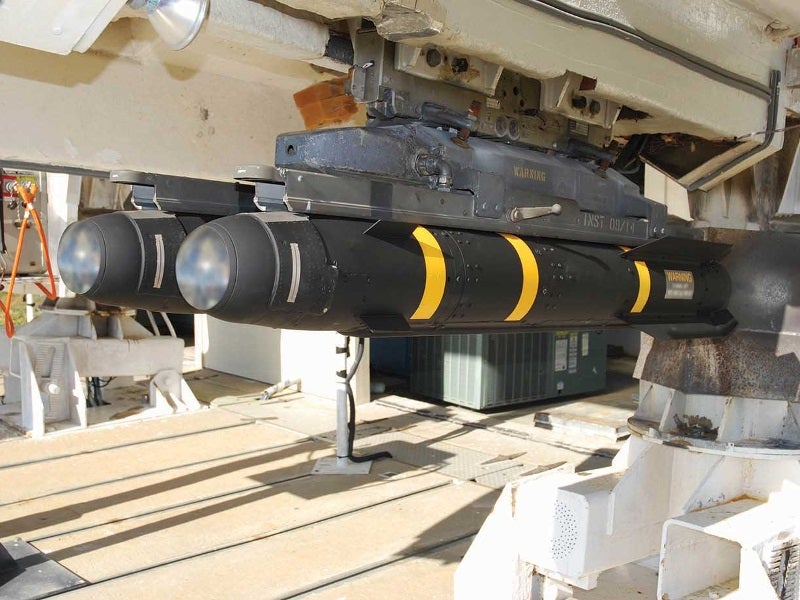 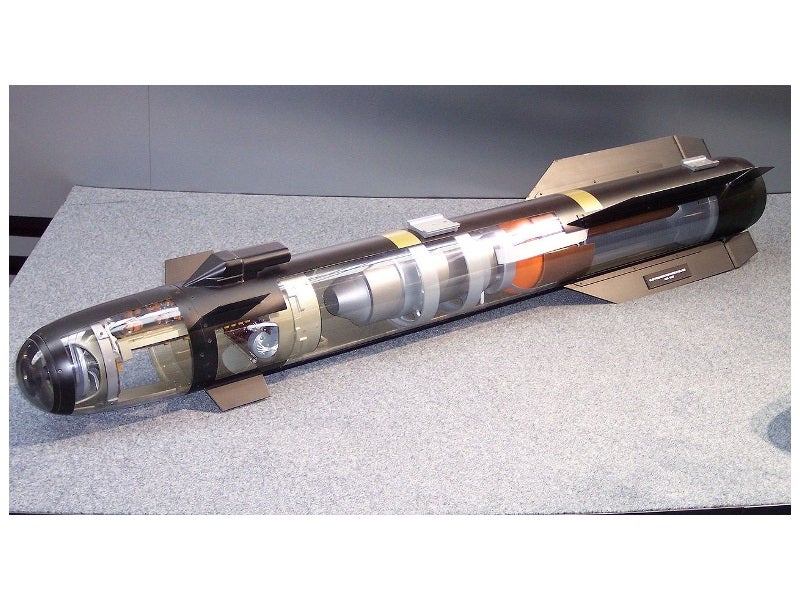 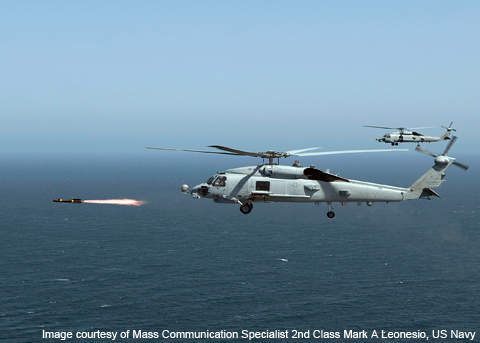 An MH-60R Seahawk of the US Navy fires the first of four live Hellfire II missiles. 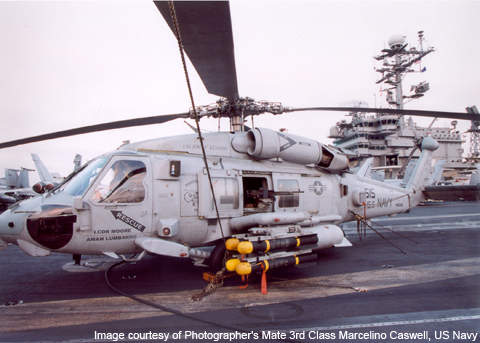 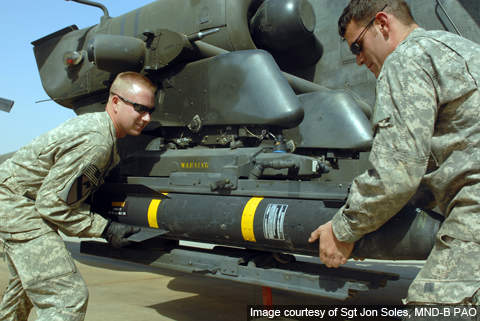 The US Army soldiers load a Hellfire II missile onto the mounting bracket of an AH-64D Apache helicopter. 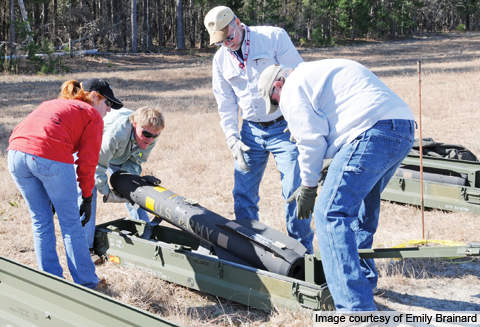 The AGM-114 Hellfire II is an air-to-ground missile developed primarily for the anti-armour role. It is a combat-proven tactical missile system using multiple launch platforms based on air, sea and ground.

The US Army and three allies, including Lebanon, the Netherlands and France, will receive Hellfire II missile systems under a separate contract awarded in April 2019.

The US Army is, however, planning to replace the missile with Joint Air-to-Ground Missiles (JAGMs).

“The AGM-114 II Hellfire is an air-to-ground missile developed primarily for the anti-armour role.”

The US Army awarded a $170m contract to Lockheed Martin in July 2006 for Hellfire II missile systems. In June 2007, France selected the Hellfire II missile to equip its hélicoptère d’appui destruction (HAD) Tiger attack helicopter fleet by 2012. The letter of offer and acceptance (LOA) was signed in February 2008.

In October 2007, the Governments of Greece and the US signed an LOA for additional Hellfire II missiles for Hellenic Navy’s SH-60B Seahawk helicopters.

In August 2008, Lockheed Martin received a $357m contract from the US Army for the missiles. The contract also provides options for 200 training missiles and up to 1,200 missile variant conversions.

The US Government approved a potential sale of 5,000 AGM-114K/N/R Hellfire missiles to Iraq in January 2016. In August 2017, Lockheed Martin was awarded a $548m contract to supply 7,358 Hellfire II tactical missiles. It was followed by another contract in October 2018 to provide the missiles for Japan and the Netherlands, under foreign military sales programme.

The development of the Hellfire missile system began in 1974 with the US Army’s requirement for air-to-ground missile launched from helicopters against armoured fighting vehicles. Production of the base model AGM-114A commenced in 1982.

The Hellfire II missile is currently produced in five variants. AGM-114K is a high-explosive anti-tank missile equipped with a tandem shaped-charge warhead to defeat all current and projected armoured threats.

The AGM-114R multipurpose missile is the latest in the Hellfire II missile range. Also known as the Hellfire Romeo, the missile integrates capabilities of all previous Hellfire II variants equipped with semi-active laser (SAL) seekers into a single missile, defeating a range of targets.

From launch to detonation sequence, the Hellfire Romeo incorporates a variety of technological improvements that enhance its effectiveness and utility.

The first proof-of-principle (POP) flight test for AGM-114R was successfully conducted in October 2009, while the second POP was completed in April 2010. Lockheed Martin conducted the third POP test in August 2010.

Sixth and the final POP test was conducted in March 2011. All the tests were successfully carried out at Eglin Air Force Base, Florida.

Design and features of the AGM-114 Hellfire II Missile

The payload and systems are housed in a metal airframe featuring two sets of cruciform wings. The airframe includes five modules incorporating laser seeker, warhead, guidance section, propulsion and control section. The Hellfire II missile has a length of 1.62m, a diameter of 17.7cm and a wingspan of 0.71m.

Hellfire II can lock onto targets before or after launch for increased platform survivability. For anti-armour roles, the AGM-114 missile is equipped with a conical shaped charge warhead with a copper liner cone forming the jet for armour penetration.

The high-explosive, shaped charge and blast fragmentation warhead is effective against appliqué and reactive armour.

The Hellfire can be used as an air-to-ground or an air-to-air missile. The AGM-114 provides precision striking against tanks, structures, bunkers and helicopters. The missile can be guided towards the objective either from inside the aircraft or by lasers outside the aircraft.

Hellfire Romeo can be fired autonomously or with remote designation.

Hellfire is propelled by a single-stage solid-propellant Thiokol TX-657 solid-fuel rocket motor. The motor can generate 10Gs of initial thrust. Orbital ATK delivered its 100,000th tactical motor for the Hellfire missile in October 2017. It is upgrading the motor to include insensitive munitions. The missile has a maximum velocity of 950mph.