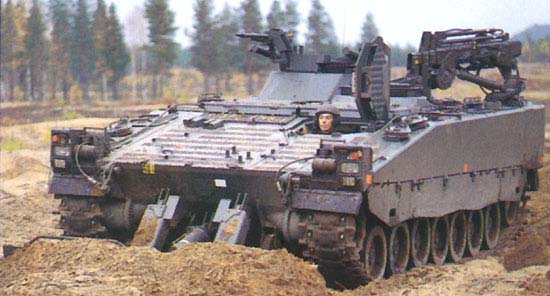 The companies submitted bids in July 2012 for the contract, which seeks delivery of approximately 360 vehicles in six different configurations, with options ranging from 206 to 450 vehicles.

"The contract, which seeks delivery of approximately 360 vehicles in six different configurations, with options ranging from 206 to 450 vehicles."

Expected configurations include an infantry APC, command and control, ambulance, mortar carrier, as well as engineering and repair vehicles.

Featuring a 15-year framework agreement, the contract also involves provision of support services for the vehicles while they remain in operational service.

The shortlisted vehicles are set to undergo a 17-week long evaluation programme at Oksbøl camp, Denmark, as well as several other locations on the Jutland Peninsula starting from the middle of April 2013.

Deliveries are scheduled to start in 2015 and finish in 2022; the vehicles will also support 45 BAE CV9035 MkIII infantry fighting vehicles and 90 Mowag 8×8 Piranha III APCs currently is use with the army.