Thales Air Defence Limited (TADL) is the prime contractor for very short range air defence systems in the UK. It is the Thales Group’s centre of excellence for missile design, development and manufacture.

Operated from headquarters in Belfast employing around 500 personnel, TADL’s activities are broad-ranging and seek to meet the requirements of customers requiring the design, manufacture, assembly and test of complete, integrated weapon systems, missiles or components.

TADL improves the ability of armed forces throughout the world to protect their assets and forces by supplying complex weapons and specialist protection systems that can be managed from concept through to disposal.

The majority of TADL’s business operations are today represented by Starstreak, a revolutionary multi-purpose missile system which pushes the boundaries of missile design to its limits, with consequently devastating capabilities in ground-to-air, air-to-air and ground-to-ground roles.

Starstreak is currently in service with the British Army, and is likely to remain at the forefront of its air defence capability until at least 2020.

However, changes in the nature of the threat, especially to land forces, together with the growing unacceptability of high casualty numbers has highlighted the need for force protection systems – a market which is expected to grow over the coming years.

The Starstreak high-velocity missile is designed for operation in all areas of the battlefield, from rapid-reaction roles to the defence of frontline armoured forces.

The missile is a unique laser-beam riding system which, by virtue of its extremely accurate laser guidance and fast time of flight, can defeat a variety of threats, including aerial targets such as Unmanned Aerial Vehicles (UAVs) and helicopters, and also surface targets, static installations or terrorist platforms.

The unique three-dart concept of Starstreak ensures a high hit probability against all main threats. The combined kinetic energy and warhead ensure that target kill can be achieved from even a single dart hit.

The same Starstreak high-velocity missile can be deployed on a wide variety of platforms, from a simple tripod to the more sophisticated vehicle-based systems.

The lightweight multiple launcher tripod provides three Starstreak missiles, all ready to fire, and is therefore optimised to deal with saturation attacks from the air or the ground.

This manportable system is designed to suit a wide range of missions, from lightweight rapid-reaction roles to air droppable operations. LML deployment is completed in less than two minutes, and Starstreak is then available for immediate firing.

The multi-mission system is a unique, lightweight, vehicle based, highly automated system capable of delivering a rapid reaction response to threats from the air or the ground. MMS can be integrated into a network-enabled force structure and coordinated with early warning command and control (C²) systems, or can operate in an autonomous mode for specific missions.

Equipped with the Starstreak multi-role missile, or other missile systems such as anti-armour systems or rocket systems, MMS has the ability to take on a wide spectrum of targets, including armoured systems, static installations and terrorist platforms, as well as threats such as UAVs and helicopters.

With the increasing need for force protection against conventional and asymmetric threats, MMS provides the necessary multi-mission effects.

The highly-mobile armoured Starstreak weapon system provides air defence forces with strategic, tactical and operational mobility in all areas of the battlefield. The armoured vehicle system also provides for the transportation of crew, equipment and provisions, as well as reload missiles. In service with the British Army, the system has been successfully deployed in Central Europe and in the Gulf. 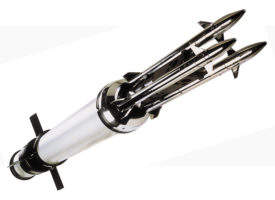 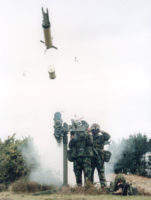 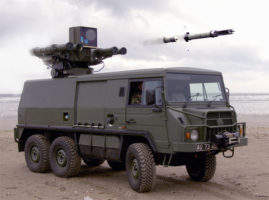 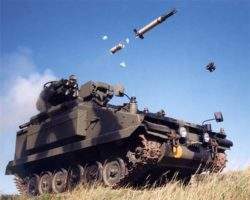 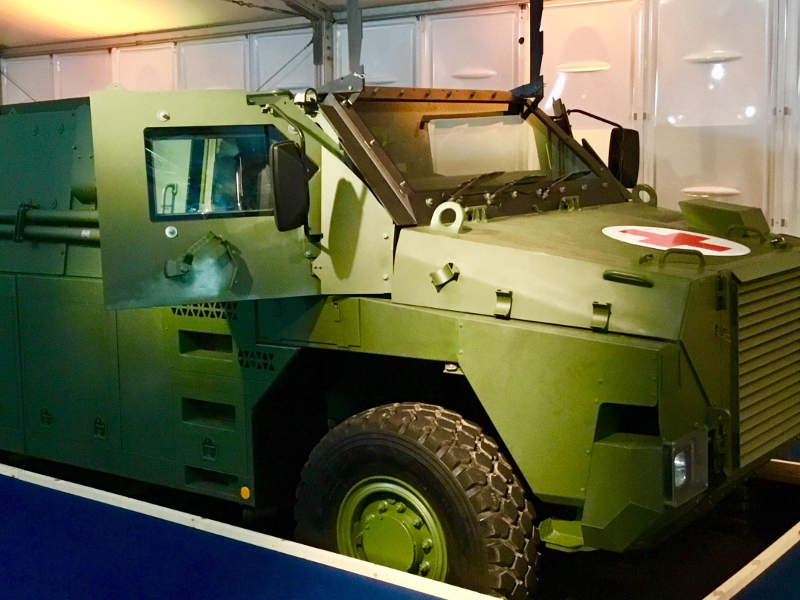 Bushmaster MR6 (Multi Role 6) is an improved variant of the Bushmaster infantry mobility vehicle, which has been designed and manufactured by Thales Australia. 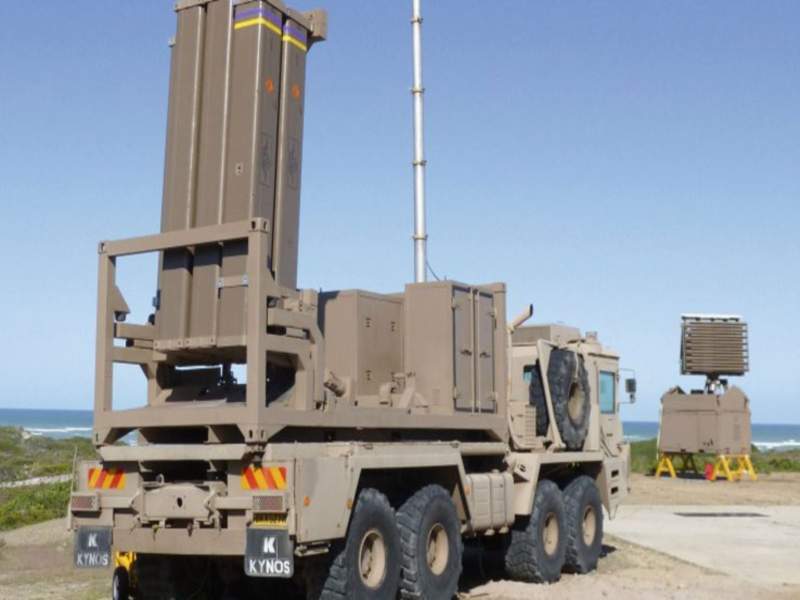 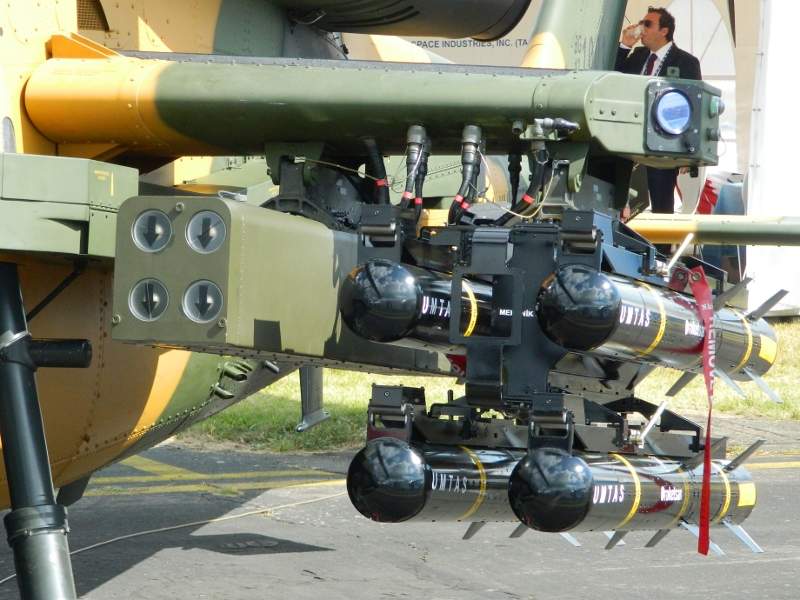 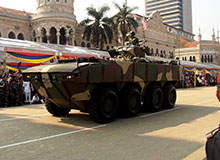 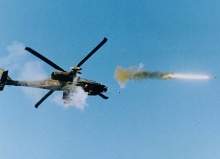 Starstreak is a close-range anti-air guided-weapon system for use against helicopters and high-speed ground attack aircraft. 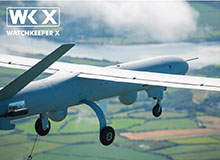 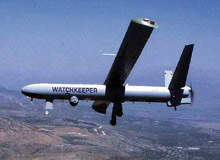 In July 2004, the UK Ministry of Defence (MoD) announced that Thales UK had been selected as the preferred bidder for th

The Main Battle Tank and Light Armour Weapon, MBT LAW, developed by Saab Bofors Dynamics, was selected in May 2002 for t 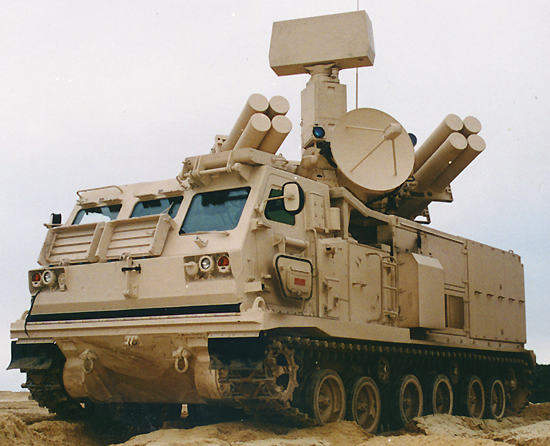 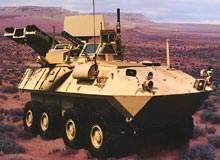