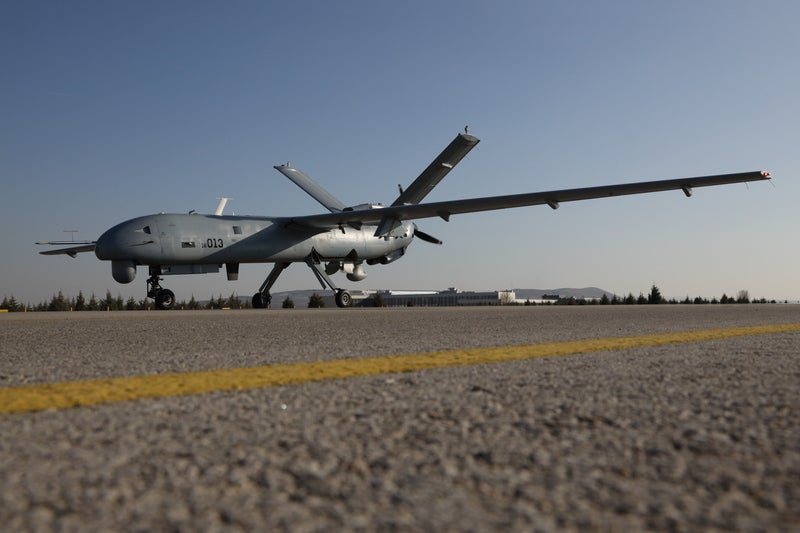 As a long-endurance intelligence, surveillance, and reconnaissance system in the sky, Unmanned Aerial Vehicles (UAVs) will have an unblinded eye during adverse weather conditions where electro-optical sensors fall short. MILSAR SAR/MTI Radar of Meteksan Defence, having significantly small size, weight and power consumption figures even for the tactical UAVs, will be on stage in IDEF’21 first as a flight-tested system.

MILSAR is a synthetic aperture (SAR) and moving target indicator (MTI) radar system. Radars having these two capabilities are indispensable sensors of ISR platforms because of the fact that they could produce high resolution imagery of stationary targets and position, speed and direction information of moving targets where EO sensors are ineffective in adverse weathers. MTI feature comes up when the movements of vehicles on the ground, navigating warships’ positions and routes at sea or enemy aircraft flying around in the air are important to be monitored.

One of the top features belonging to MILSAR is easy to integrate and easy to install feature for a wide spectrum of UAVs from tactical level (such as Bayraktar TB2 and ANKA of Turkish Armed Forces) to strategic level (such as AKINCI and AKSUNGUR). Thanks to its cutting-edge technologies, and innovative architectural advantages, MILSAR has competitive SWaP characteristics.

MILSAR which is tested on a MALE-class UAV in 2021 is expected to be operational on Turkish UAV platforms with its weight less than 30kg, its high resolution imaging capability from stand-off ranges, its easy-to-integrate feature.

Meteksan Defence President Selçuk Alparslan says that MILSAR is an intersection between the needs of the Turkish Armed Forces and the development of Meteksan Defence’s capabilities: “UAVs have now become the eyes of the armed forces and security forces in the sky. The various weaknesses of electro-optic systems, which we can call the basic sensors of UAVs, such as inability to operate especially in cloudy weather, and high-resolution scanning of large areas at a glance, are not valid for MILSAR. MILSAR will be able to serve as the constant gazing eyes of UAVs. It will achieve this in a way that it can be used even on small-sized UAVs

that other systems cannot be integrated. As Meteksan Defence, we are proud of meeting this critical need of our users and transforming the investments made into a new value. I hope we can see MILSAR during operations on our domestic UAV platforms in the near future, which is our biggest wish. “

Radar Systems stand out as the most effective solution for detecting drones that have become...

Meteksan Defence, which was assigned by the Defence Industries Presidency of the Republic of Turkey...